Why is it getting so hot?
Marco Türk, University Heidelberg

With this activity the students will:
- learn how different materials respond to heat.
- learn that water can store large amounts of heat very effectively.
- understand that oceans play an important role in capturing and storing heat that cannot contribute to the global atmospheric warming.
- learn how to measure and record data for subsequent graphical presentation and analysis.

During this activity, the students will be able to:
- describe that the Sun is the main heat source of the Earth.
- demonstrate that each substance responds to heat with a different temperature change.
- carry out an experiment that monitors temperature.
- analyse and interpret the data obtained during the experiment.
- demonstrate the relevance of the results to the Earth’s climate. 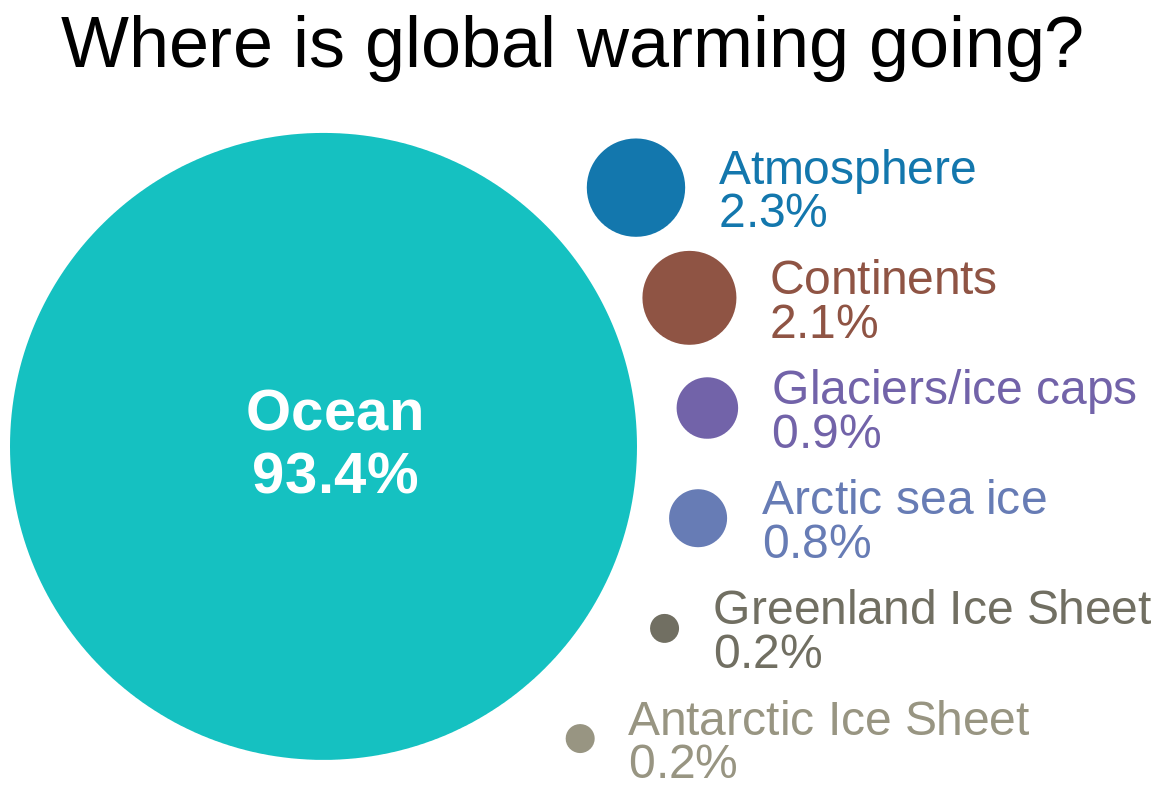 Figure 1: Amounts of energy added to the various parts of the climate system because of global warming, according to the 2007 IPCC AR(4) WG1 Sec 5.2.2.3 (http://www.ipcc.ch/publications_and_data/ar4/wg1/en/ch5s5-2-2-3.html), (Skeptical Science, vectorised by User:Dcoetzee (https://commons.wikimedia.org/wiki/File:WhereIsTheHeatOfGlobal
Warming.svg), ‘WhereIsTheHeatOfGlobalWarming’, https://creativecommons.org/licenses/by/3.0/legalcode). 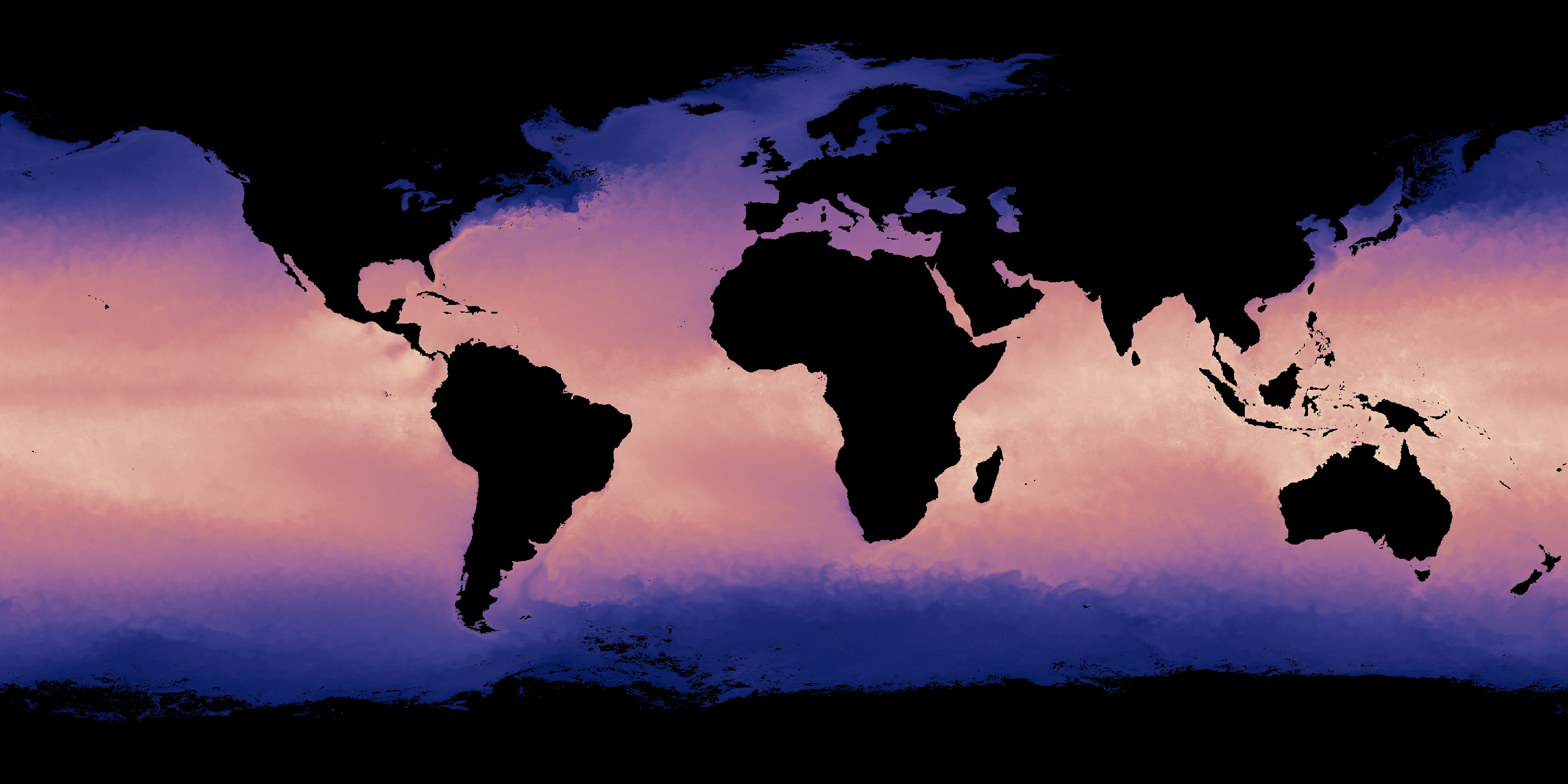 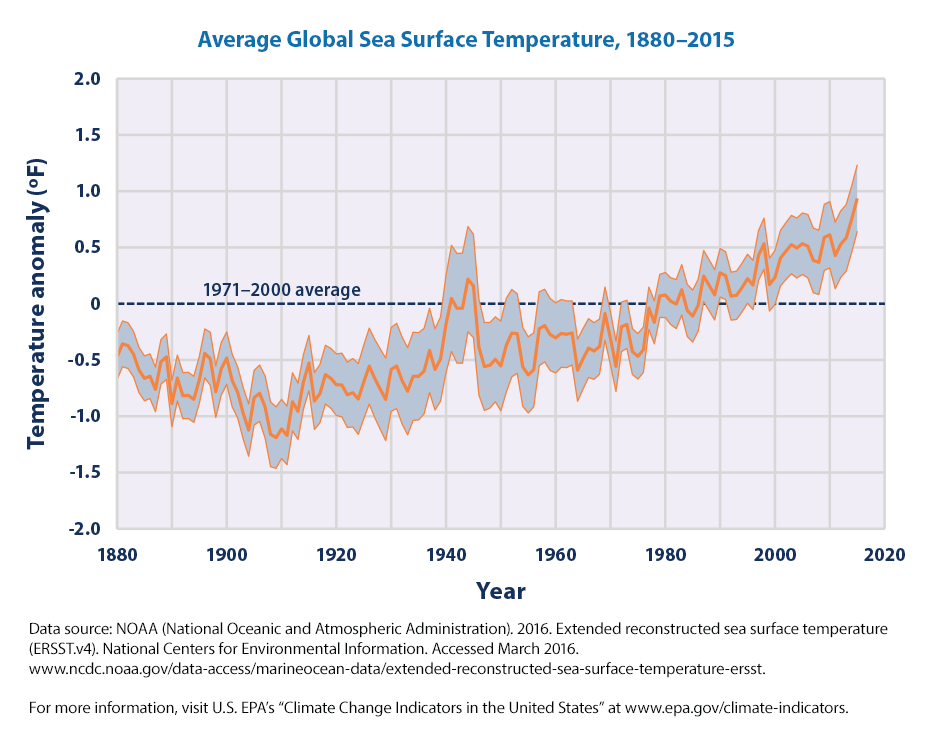 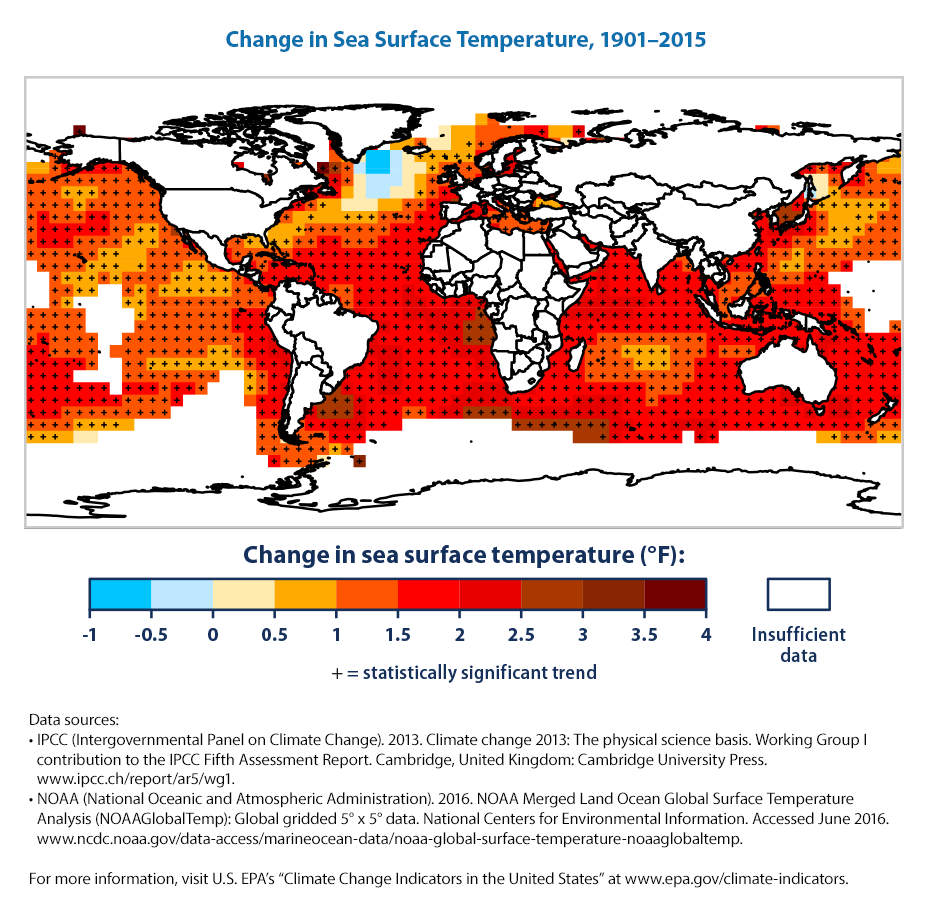 A: The Sun’s heating.

Q: How much of the Earth’s surface is covered by water and how much by land (approximately)?

Q: So, between land and oceans, what is the heated the most by insolation?

Q: In the deserts, the temperature changes between day and night are very strong. Can you imagine why?

A: The solid surface absorbs heat and gets warm quickly. If something heats up very rapidly, it also cools down at a very high rate. In addition, deserts usually lack the ‘blanket’ of clouds that blocks the heat from warming the Earth.

Q: In comparison, how rapidly does water respond to heating? Imagine a pot of water on a stove.

A: This is a rather slow process.

Table 1: First lines of the data table, including the header. 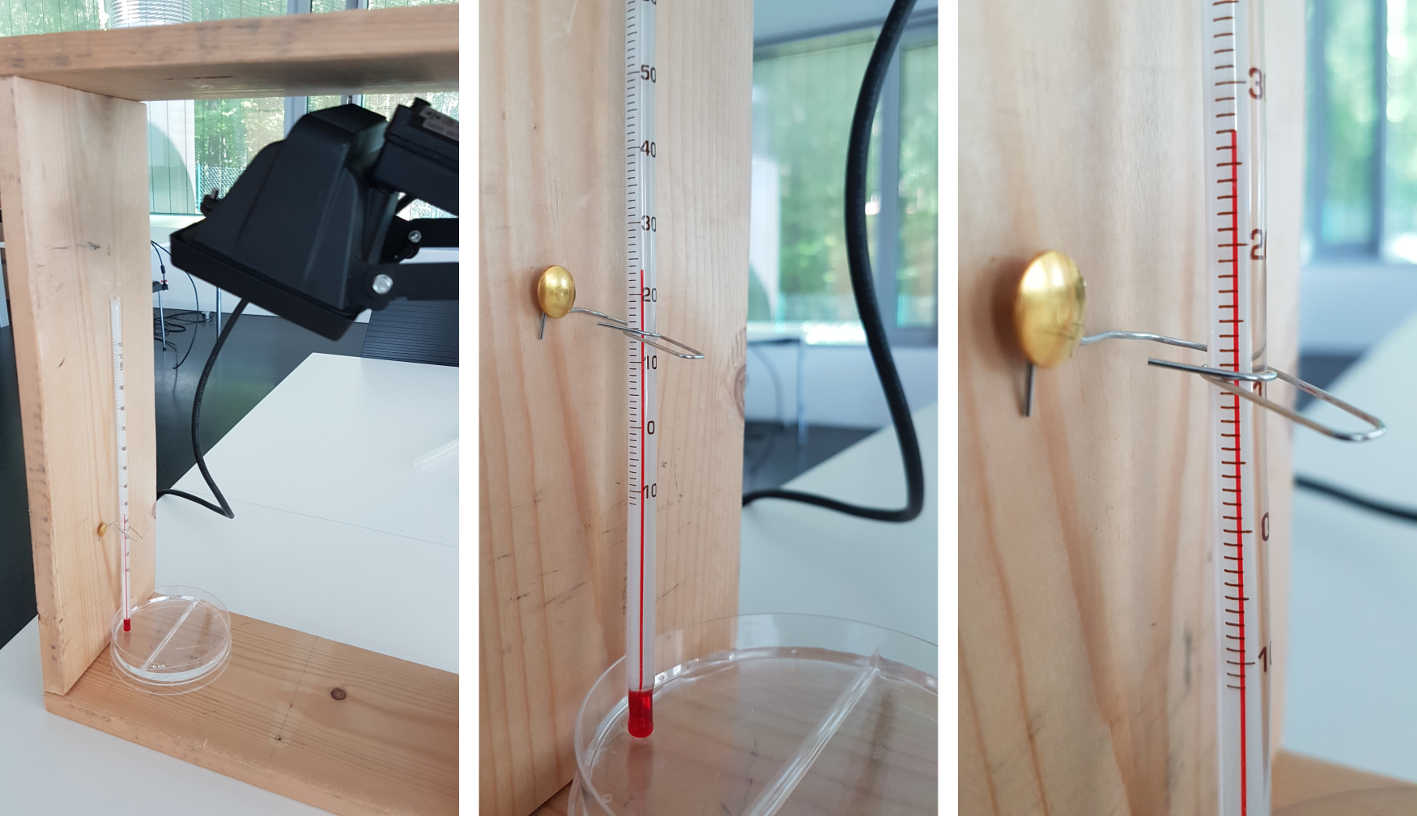 Q: What do you think: how do the temperatures change after switching on the lamp?

A: The temperature rises as long as the lamp is on. When it is switched off, the water will cool down again.

Q: After examining the water, you will use soil. Do you expect a different temperature response?

A: The rates of heating and cooling will be different. 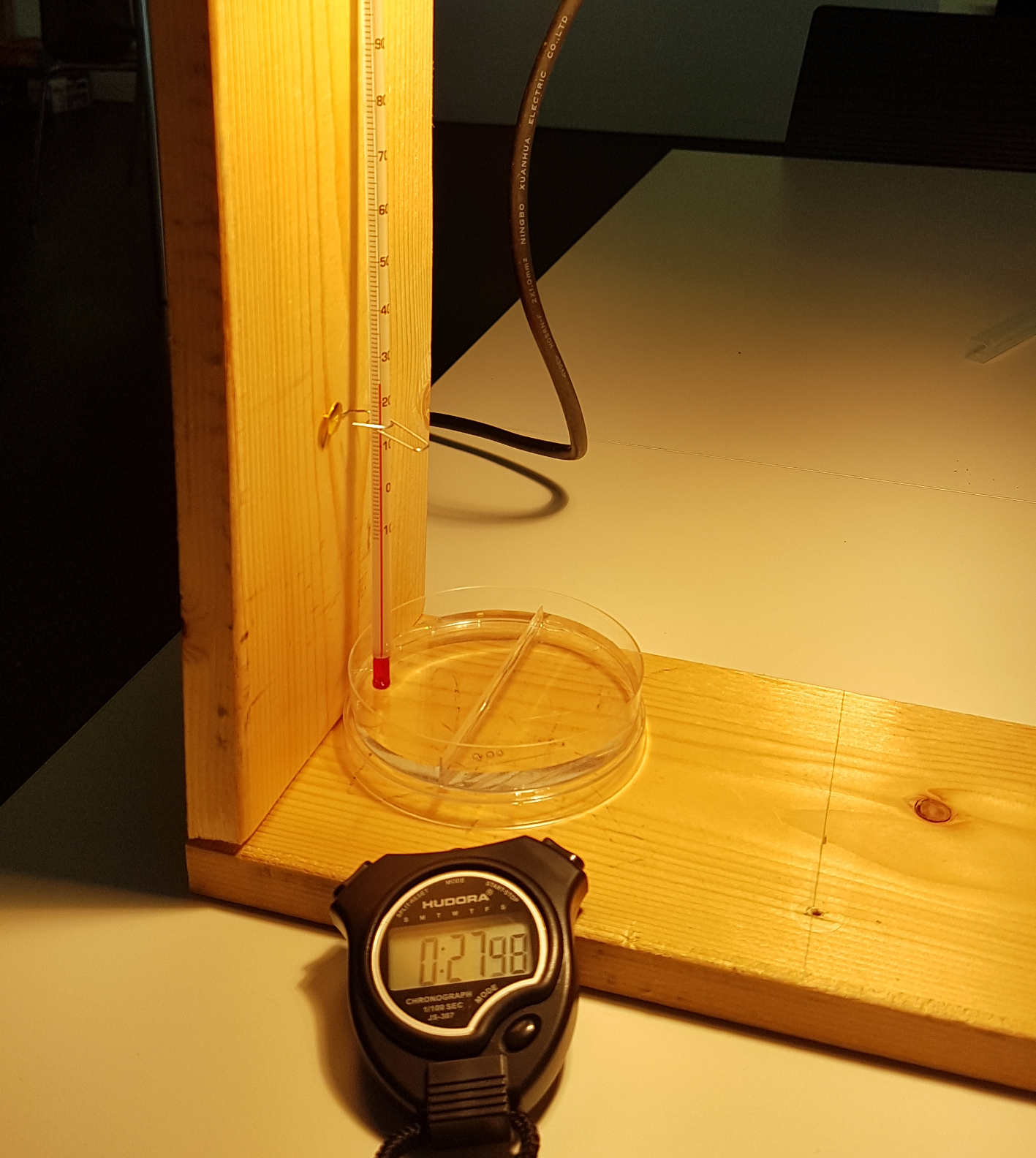 The procedure is the same for both experiments. Begin with water.
1. Take the first temperature measurement before switching on the lamp.
2. Start the stop watch and switch on the lamp (Figure 6).
3. For 10 minutes, take a measurement every minute and note down the value in the corresponding row in the table.
4. After 10 minutes, switch off the lamp and continue measuring the temperature as before.
5. Stop measuring after 20 minutes. You should have 10 temperature readings with the light switched on and 10 with the light switched off.
6. Replace the water tray with the one filled with soil.

The data are analysed by producing a diagram that shows the time elapsed during the experiment vs. the temperatures measured. 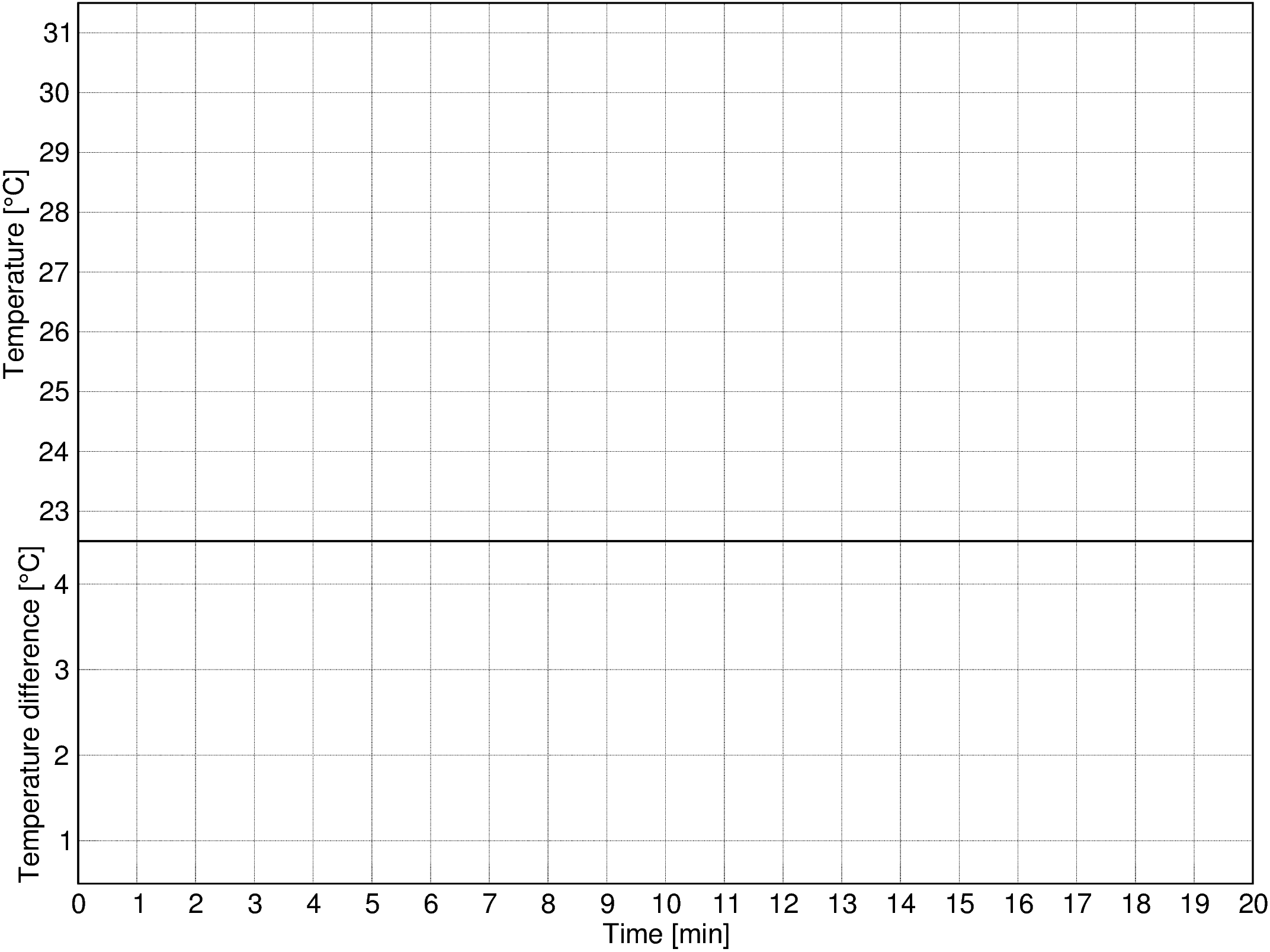 Figure 7: Template for the diagram to record the temperature measurements. The upper panel will contain the temporal changes in temperature. The lower panel is reserved for plotting the difference between the soil and water temperatures. Use different colours to represent the data (own work).

The procedure is the same as before.
1. Take the first temperature measurement before switching on the lamp.
2. Start the stop watch and switch on the lamp.
3. For 10 minutes, take a measurement every minute and note down the value in corresponding row in the table.
4. After 10 minutes, switch off the lamp and continue measuring the temperature as before.
5. Stop measuring after 20 minutes. You should have 10 temperatures with the light switched on and 10 with the light switched off. 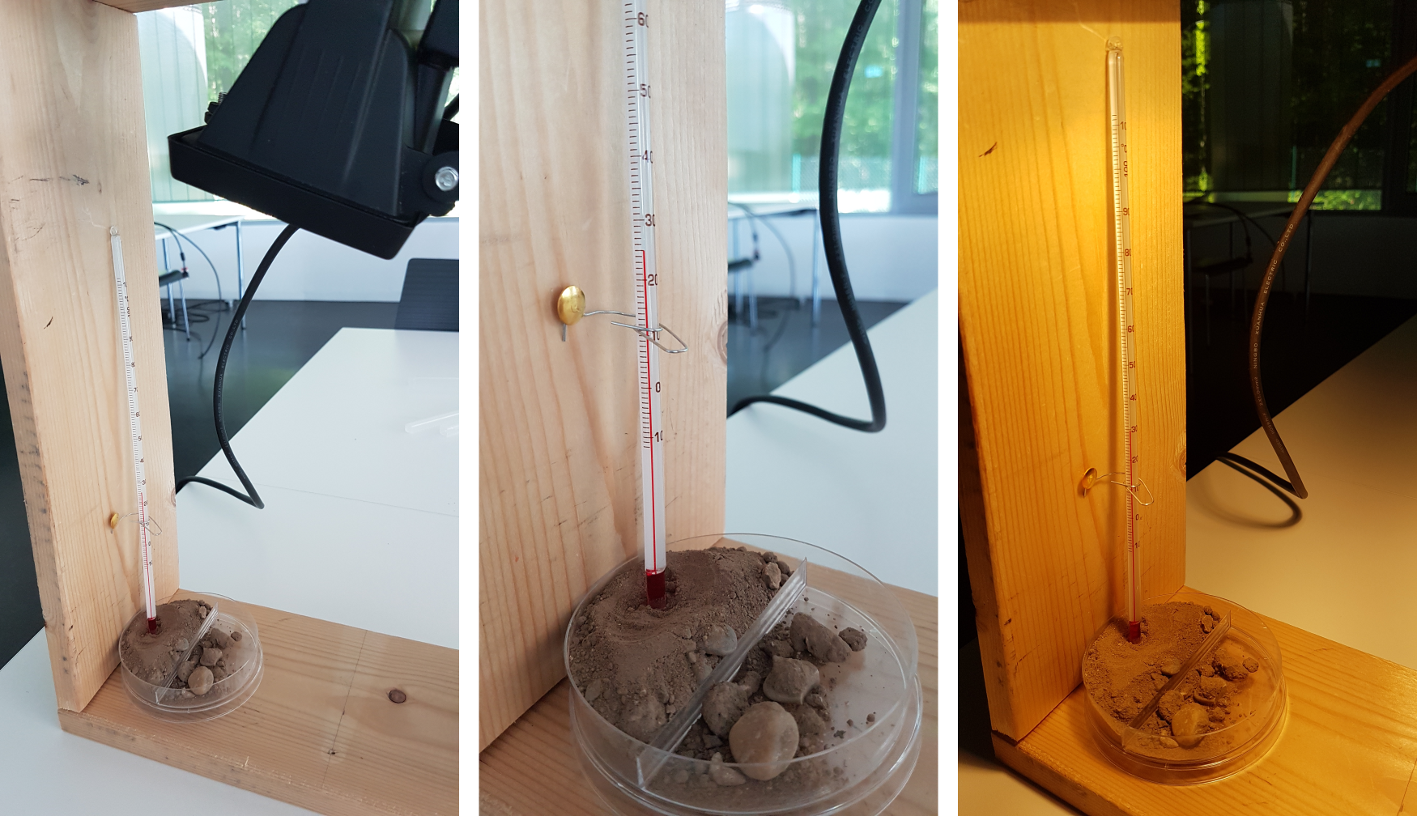 Analysis 2
1. As before, add the new data to the diagram.
2. Connect the data points.
3. In the diagram, indicate the ranges, when the lamp was switched on and when it was switched off.
4. For each time step, calculate the temperature difference and add it to the table.
5. Prepare a second diagram that shows the temporal evolution of that difference.
6. Fill that diagram with the corresponding data. 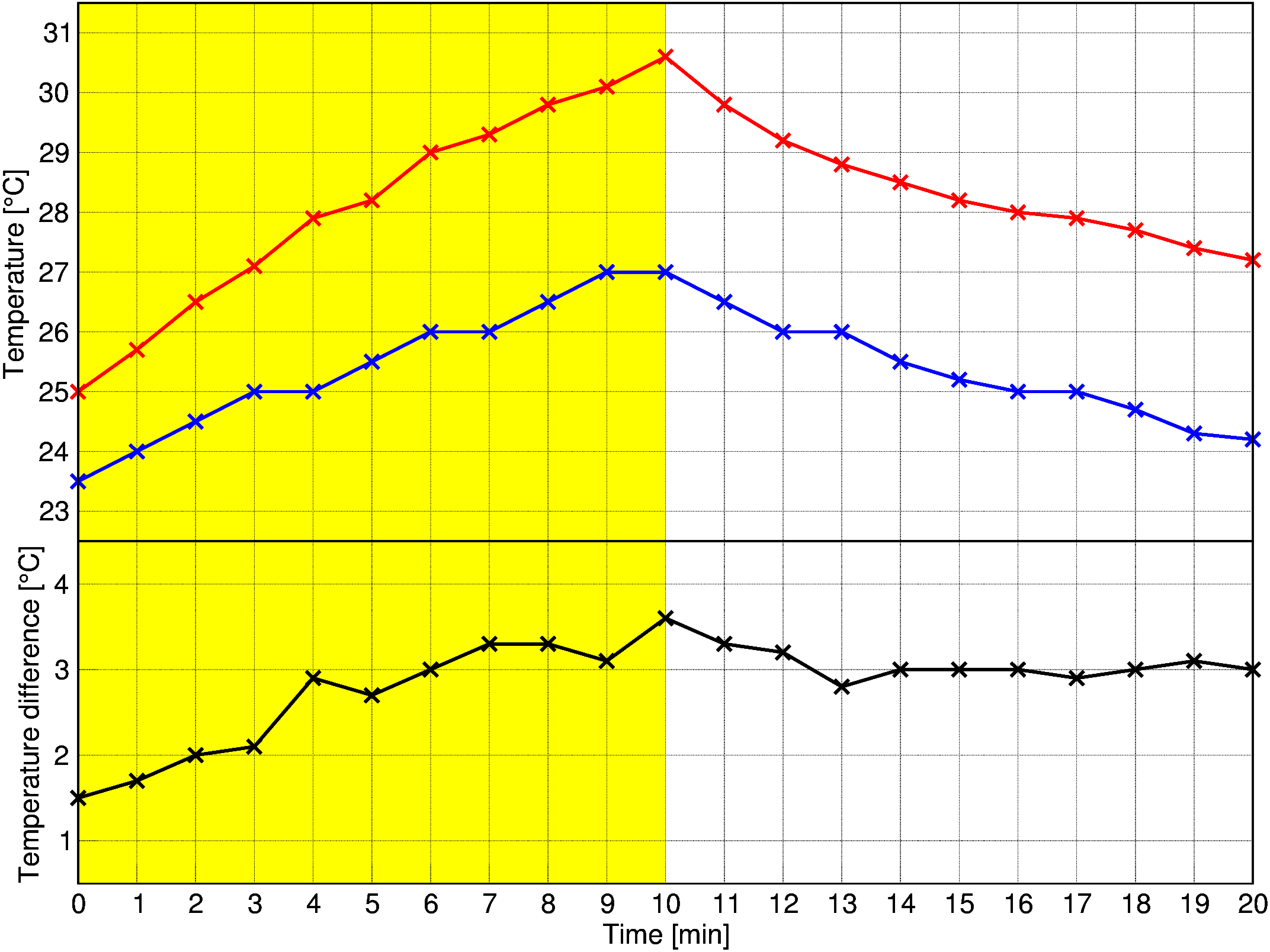 Q: How did the temperatures change while the lamp was switched on and off?

A: The temperature rises while the substances were illuminated, and they cooled down as soon as the lamp was off.

Q: Do you recognise a difference between the two substances?

A: The water heats up less and more slowly.

Q: The temperatures rose differently. What is causing this? What changed between the experiments?

A: Everything stayed the same, except the substance to be probed. The observed difference must be caused by the properties of the substances.

Q: Imagine now the Earth with its oceans and continents. Describe how these components react to solar irradiation.

A: During daytime, the half of the Earth facing the Sun is irradiated, and its land masses and water are heated. During the night, the heat is released. Further, oceans warm up and cool down more slowly than continents.

Q: Can you determine the role the oceans have in the global climatic system? Think of what would happen to global temperatures without oceans.

A: The oceans have a dampening effect on the global warming, as they can store heat that otherwise would lead to higher global temperatures.

Q: What happens to the oceans, if the heating rate rises, while the cooling rate stays the same?

A: The temperature rises.