What is a black hole? – Lower Secondary Level

Let's ask ourselves wht would happen if our Sun was replaced by a black hole, making some experiments to understand what a black hole is and how nothing can escape from its' gravity.

Gravity
Gravity is a force that each objects acts on another, moving things together. Everything with mass has gravity. We perceive gravity as we jump up and get pulled down to the ground. Planets, stars, moons and other objects in the universe also have gravity (Even humans, rocks and tiny ants have gravity). That’s why objects in space orbit around each other.For example the Earth orbits the Sun, or the moon orbits around the Earth, instead of flying randomly in space.

The more mass something has, the stronger the force due to gravity it produces. The Earth’s gravity is stronger than the Moon’s because it is more massive. So our bodies are pulled down on Earth more than if we were on the Moon. That’s why astronauts can jump higher and more easily on the moon than on Earth. Our bodies also exert gravitational forces on other objects, but because our mass is so small, the gravity from our bodies does not affect objects in any way we can see. The strength of the force of gravity also changes with the distance to an object. The pull between the Earth and the moon is stronger than that between the Earth and Jupiter, even though Jupiter is much more massive than the Moon. This is because the Earth is closer to the Moon than to Jupiter.

Gravity was first described by Newton as a force. Described more than 300 years ago, Newton’s theory of gravity is still applied today when scientists plotted the course to land man on the moon or to build a bridge across a river. Although Newton’s theory describes the strength of gravity fairly accurately, he didn’t know what caused gravity or how it worked. These concepts were left unknown for nearly 250 years, until Albert Einstein described gravity as the curvature of space. Space has 3 dimensions: up-down, left-right and forward-backward; and it can be visualized as a fabric, like a stretchy sheet. Any object with mass deforms space, just like a marble creating a dimple on the surface of the stretchy sheet. This curvature of space causes objects to interact with each other, often by moving towards each other, which is seen as gravity, a natural consequence of a mass’s influence on space. The more mass something has, the more the space is curved, and, therefore, the more gravity there is.

Black holes
A black hole is a region in space where the pull of gravity is so strong that nothing, not even light, can escape. Light travels extremely fast (nothing can travel faster), only taking 1.3 seconds to travel between the moon and the Earth. If we moved at the speed of light, we could travel around the Earth 7.5 times just in one second. Therefore, the pull of gravity in a black hole must be extremely high if light cannot escape from it. Because light cannot escape from a black hole, the black hole is invisible to us.

A black hole is very very small in size but contains a lot of mass. Most black holes are a result of dying giant stars, several to hundreds times more massive than our Sun. At the end of its life, the star burns out and collapses, causing some of the material from the dead star to be compressed into a tiny space. Such compression of enormous mass bends space so much that it is like a deep well. The result is the formation of what we call black holes, characterized by extreme gravity. Because its mass is so concentrated, another object can get very close to the black hole, to where the space is greatly curved i.e. gravity is extreme, and gets trapped forever in this gravitational well.

Black holes do not necessarily have more mass than everything else in the Universe but the compression of its mass creates its extreme gravity. After its formation, black holes can continue to grow more massive as their extreme gravity causes them to accumulate more matter from its surroundings, such as other stars and other black holes. Black holes can even be as massive as more than a million suns; these are called “supermassive” black holes. These supermassive black holes exist at the centre of most galaxies. One even exists at the centre of the galaxy that we live in, the Milky Way; and it is thought that there are around 100 million less massive black holes about the mass of the Sun orbiting within our own galaxy.

A common misconception is that black holes suck everything towards it, like a vacuum cleaner. However, things only enter into black hole and are lost forever once they pass the border of no escape of that black hole - the event horizon. As we get closer to a black hole, space is warped more and more and gravity becomes extreme very rapidly. The event horizon is the boundary region of black hole where gravity becomes too extreme that nothing, not even light, can escape. That the Earth would be be destroyed if the Sun became a black holes is a myth. First of all, as black holes are formed from the collapse of stars much more massive than our Sun, the sun would never become a black hole at the end of its life. But hypothetically, if it was replaced by a black hole with the same mass, the Earth wouldn’t get drawn towards this black hole and destroyed. Instead, the Earth would keep the same pull due to gravity from this black hole, orbiting it in exactly the same way as it does the Sun. This is because the black hole will still have the same mass as the Sun; and because only very close to the black hole that the gravity becomes extreme, further away from it, the gravity acts exactly the same.

The students place a medium weight marble on the sheet and see that there is a curvature due to the marble. With the medium weight marble at the center, roll a lighter marble on the sheet so that the light marble moves toward the heavier one and circles around it. An object bends space like the marble does to the stretchy sheet, causing objects to be attracted to each other. This effect is called gravity, which is the curvature of space. 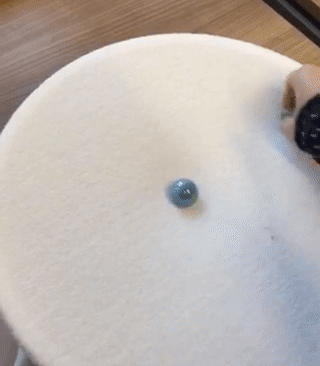 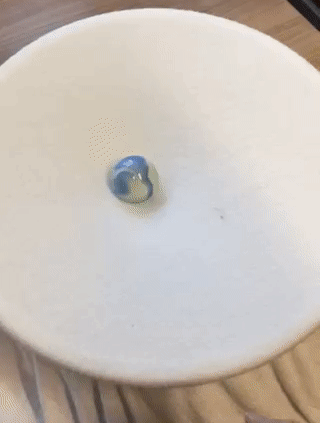 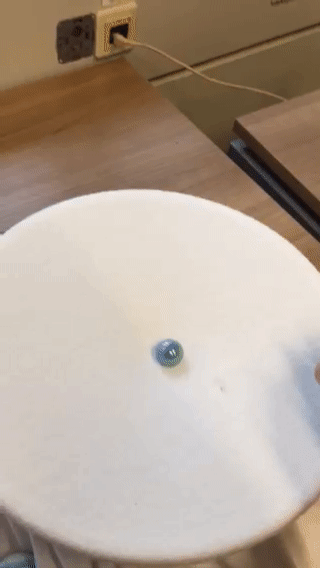 Part 3: How do black holes prevent objects from escaping once they have fallen in? (7 min) 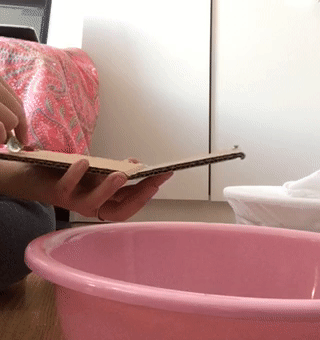 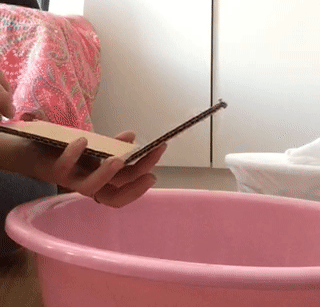 Part 4: Scenario where the Sun is replaced by a black hole (10 min) 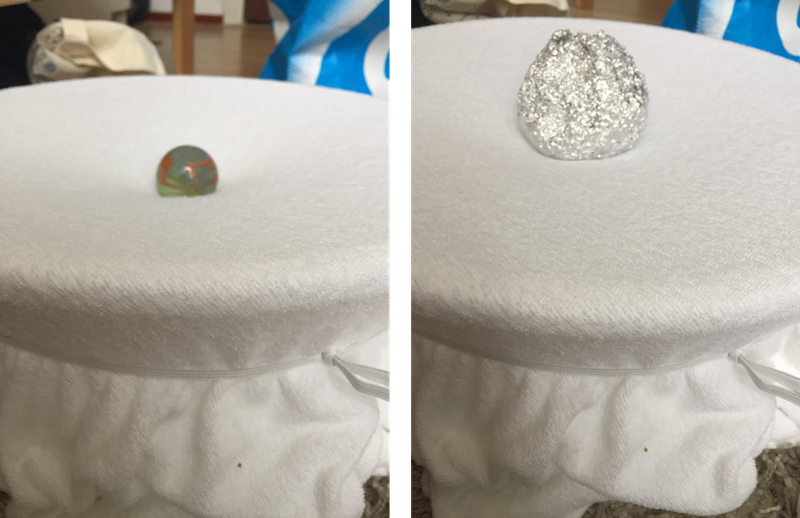 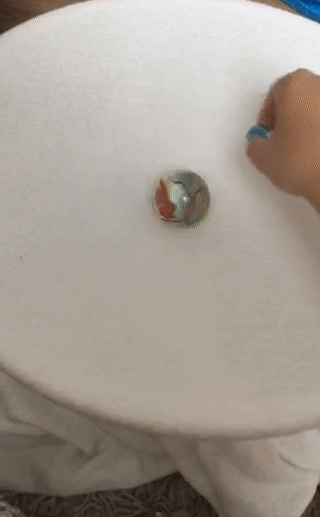 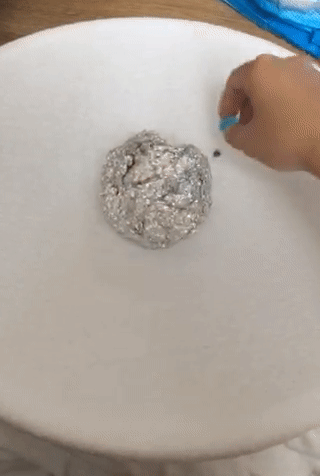 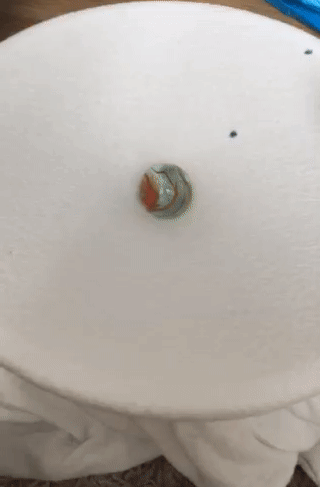 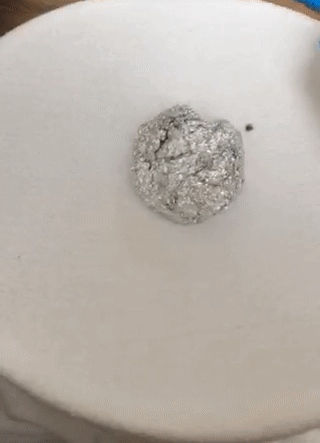 The use of stretchy sheet and marbles are based on previous Astroedu activity ‘Model of a black hole’ (http://astroedu.iau.org/en/activities/1304/model-of-a-black-hole/). Gravity and black hole activities are inspired by Inside Einstein’s Universe (https://www.cfa.harvard.edu/seuforum/einstein/resources/JourneyBlackHole/JourneyBlackHoleManual.pdf) website. For students to know more how a black hole can be detected, see Activity “Hunting for black holes” (11-14 year-old level). For students to know what happen when a black hole eats material from its surrounding, see Activity “Feeding black holes and what happen to the Universe?” (11-14 year-old level).

In this activity, students use a model of space to understand mass and gravity. They also learn about black holes as an entity with such extreme gravity that, once inside the event horizon, not even light can escape. The students also learn that black holes don’t consume everything. In fact, most things will just orbit a black hole normally, like the Earth orbits the Sun; it’s only when you get close enough to the black hole that the extreme gravity takes over.

Lower Secondary Level - What is _KZzeU2Z