Make your own Sun!

The Sun is the nearest star and generates great interest in children and young people. Knowing its structure is important to understand how it works, its influence on our planet and to understand more about other stars in the Universe. In this activity, by building a model of the Sun with plasticine of different colors, children will learn about its structure in a playful and educational way.

This activity was carried out for the first time with low-income children living in irregular settlements in the city of Medellin in Colombia and is also available in spanish (see Attached file).

Basic information about the Sun

The Sun is the star at the center of the Solar System. With a diameter of 1.4 million kilometers, it could hold 109 planets on its surface. If it were hollow, more than a million Earths could fit inside it.
It is filled with hot gases, mostly hydrogen and helium, that account for more than 99.8 percent of the total mass of the solar system. 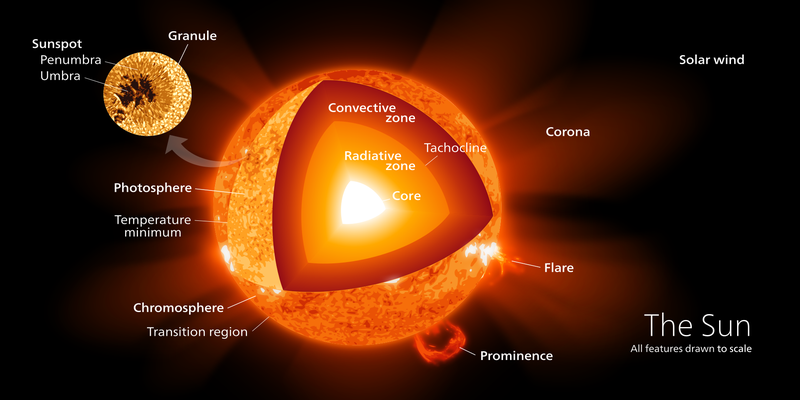 The Sun, as shown by the illustration above, can be divided into different layers that can be described as follows, from the center out.
In the Sun's core, fusion reactions take place in which hydrogen is transformed into helium, which generates the energy. Every second, the Sun's core fuses about 600 million tons of hydrogen into helium, and in the process converts 4 million tons of matter into energy.

Above the core, we can think of the Sun’s interior as being like two nested spherical shells that surround the core. In the innermost shell, right above the core, energy is carried outwards by radiation. This is the radiative zone. Here, radiation does not travel directly outwards. In this part of the Sun’s interior, the plasma density is very high, and the radiation gets bounced around countless numbers of times, following a zig-zag path outward.It takes several hundred thousand years for radiation to make its way from the core to the top of the radiative zone!

The next shell is called convective zone: here temperature drops below 2,000,000 K (3.5 million degrees F) the plasma in the Sun’s interior is too cool and opaque to allow radiation to pass. Instead, huge convection currents form and large bubbles of hot plasma move up towards the surface, similar to a boiling pot of water that is heated at the bottom by a stove. Compared to the amount of time it takes to get through the radiative zone, energy is transported very quickly through the outer convective zone.

Then, the Sun's surface, or atmosphere, is divided into three regions: the photosphere, the chromosphere, and the solar corona. The photosphere is the visible surface of the Sun that is at a temperature of “only” about 5,800 K (10,000 degrees F). On the photosphere, many "surface features" can be seen suche as solar flares and sunspots.
Just above the photosphere is a thin layer called the chromosphere. The name chromosphere is derived from the word chromos, the Greek word for color. Going outward, we find next the corona, made of hot plasma, at about 2 million K (3.6 million degrees F), much hotter than the visible surface. Why the temperature raises from photosphere going outward is a mystery that scientists are trying to solve.
The chromosphere and the corona can only be seen with special telescopes and during solar eclipses, when the moon passes between the Earth and the Sun.

In addition to light, the Sun also radiates a steady stream of charged particles known as solar wind. The wind blows at about 450 kilometers per second through the solar system. Occasionally, some particles can explode in a solar flare, which can cut off satellite communications and power to Earth. Flares usually come from the activity of sunspots, cool regions of the photosphere related to the magnetic field of the Sun's interior.

For more information about the Sun, its structure, temperature, size and its influence on the planet:
visit https://en.wikipedia.org/wiki/Sun
watch the suggested video https://youtu.be/mvPH_gDMarw
visit https://solarscience.msfc.nasa.gov/ 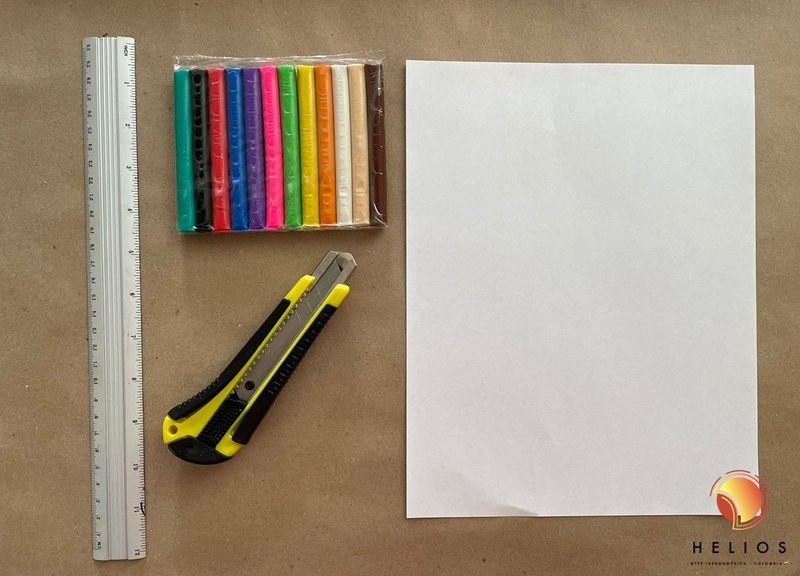 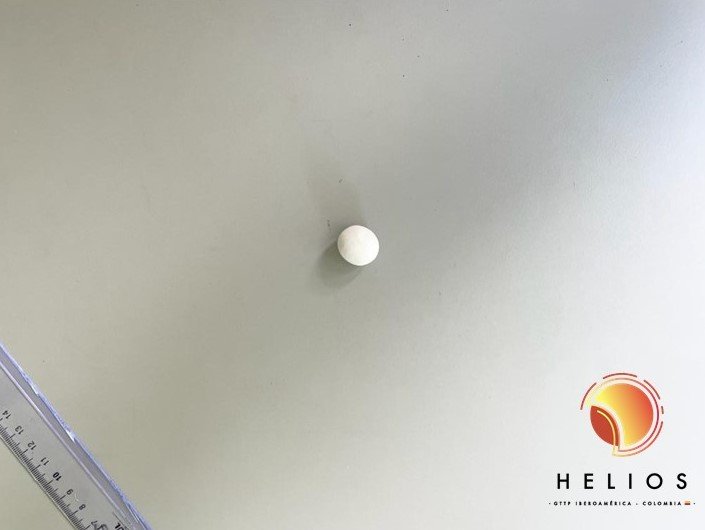 Understanding of basic concepts will be evidenced by asking students key questions such as:

Observing how participants model the Sun's structure by following instructions and asking probing questions such as: Why will the corona have a higher temperature than the photosphere? What might happen on earth if there is a powerful explosion on the Sun? What would happen in the solar system if the Sun increased in size and could this happen at some point in it's life cycle?

In addition, it is proposed to ask open questions during the discussion or future inquiry: Do you know what the little ice age was? Until what time will life on Earth be sustainable based on the Sun's activity? Have Sun-like stars been discovered near us? If so, is it viable for humans to relocate there if we deplete our ecosystems?

Through this activity, participants will learn the basic concepts about the Sun's structure. They acknowledge its importance for planet Earth and the close correlation between the Sun's activity and the balance of our ecosystems.

Participants can then replicate this activity with their families and friends, contributing to the dissemination of astronomy.

Jenkins,Jamey L. The Sun and How to Observe It (Astronomers' Observing Guides). Springer Editorial. 2009.

Online resources for more information about the Sun and its observation:

For more educational resources on astronomy, you can visit the following sites: