Please refer to the "Objects list" document for information on each of the astronomical objects featured on the game board.

This game is available in two sizes; A4 (attachment 1) for a group of 4-6 students and 3 meter x 3 meter (attachment 2) for larger groups, preferably a classroom. 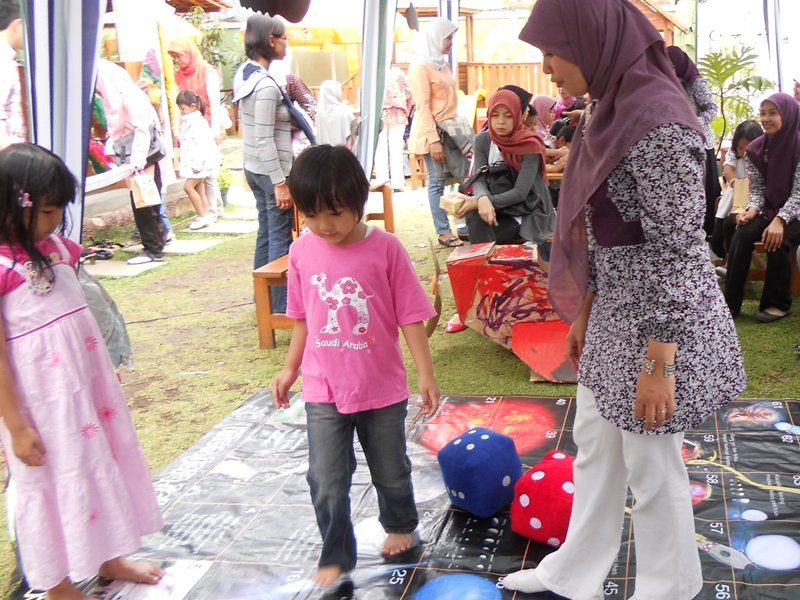 Print the game board (in your preferred size).

Cut the astronaut token and create one for each player.

Cut off the dice from the board, fold it into a cube and glue in the white area.

Note: The larger game board should be printed in poster materials and use a big dice to play with.

The teacher as a storyteller starts the game by describing the students that they will explore the Universe by traveling through space. Encourage students to memorise the objects they encounter along the way, so at the end of the game they will be able to share their journey with others.

Students place their astronaut tokens in front of the space marked "1" or on the start box.

The next step is to decide who plays first. Typically the youngest goes first, and then the turn passes in order of age or clockwise around the board. One can also decide by throwing a dice and letting the player with the highest number take the first turn.

Take an extra turn if you roll 6 on your die after moving six places on the board. You may roll up to two 6s and take two extra turns. However, if you throw three 6s in a row, you must return to the very beginning of the board and should not move again until you roll another 6 on your turn.

Follow the directions written on the box that you've landed on after taking a turn.

The first person to reach the box marked "100" wins the game. 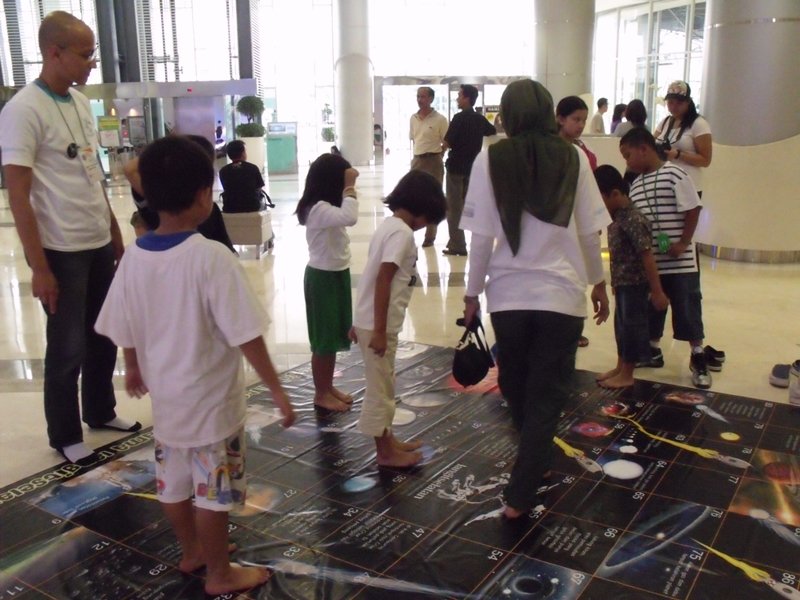 After the students finish the game, the teacher asks the winner to share his or her journey to the rest of the participants. Each player has to tell the story of their journey, including the objects encountered.