Through art and science, children learn about moons of our solar system.
Deirdre Kelleghan, UNAWE

Create a quiz using an online quiz maker or app such as Socrative https://itunes.apple.com/au/app/teacher-clicker-socrative/id477620120?mt=8:
- How many moons does the Earth have?
- Which moon matches with which planet? (Multiple choice)
- For each moon, describe its defining feature.
- What is the name of the line between day and night on the Moon?

The Moon looks like this when it is one-quarter of the way around the Earth in its monthly orbit. We see a quarter of it lit up from our place on Earth, but half of the Moon is lit up by the Sun shining on the Moon’s surface. In the northern hemisphere the first quarter looks like a growing “D”, while in the southern hemisphere it looks like a “C”.

One of Jupiter’s moons, is an interesting ice moon. It has a smooth icy surface that is covered in lines. The surface is full of fractured ice sections and is very unusual. Under Europa’s surface is a cold ocean. Sometime in the future, a spacecraft may land on this moon, drill a hole in the surface and put in a submarine to see if there is anything living within it. Io is another one of Jupiter’s moons. Some people think that it looks a bit like a pizza, but actually, the marks we see are caused by active volcanoes. Io’s volcanoes can spray sulphur and sulphur dioxide hundreds of kilometres above its surface. What goes up then falls back down, creating huge circular red, yellow, white and black bruises on its surface. Callisto, another of Jupiter’s moons, is very beautiful. Callisto is one of four of Jupiter’s moons that we can see through a small telescope.It was ﬁrst discovered by Galileo in 1610. 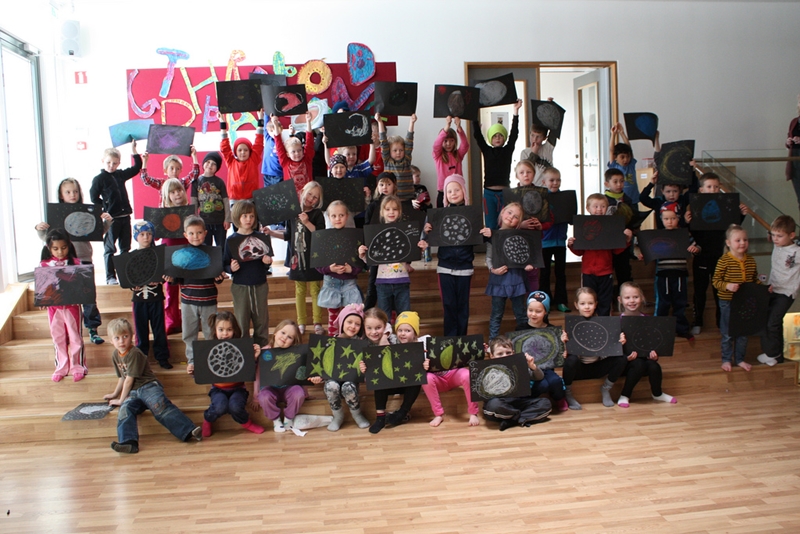 Download the slideshow of the Moon in the preferred format (jpg, pdf or ppt) from under ‘Attachments’ in the right hand column.

Moons of Our Solar System:
http://solarsystem.nasa.gov/planets/profile.cfm?Display=Moons