The Moon is the only natural satellite of the Earth. It orbits our planet in 27.3 days at a mean distance of 384,400 km. Its diameter of 3,474 km makes it the fifth largest satellite in the solar system.

It is thought that the Moon was formed at the same time as the Earth, 4.55 billion years ago, from the debris of a giant collision between the Earth and a Mars-size object.

The Moon is in on a synchronous orbit around the Earth, which means that it makes one turn around itself as it makes one turn around the Earth. So, it is always showing the same face to us. All we know about the ‘hidden’ face of the Moon comes from the records taken by astronauts or automatic probes that went around on to the other side. There is no rising or setting of the Earth on the horizon of the Moon. If you were standing on the near side of the Moon, the Earth would appear immobile in the sky.

During its revolution around the Earth, the disk of the Moon is not always completely lit by the Sun. This variation in the appearance of the lunar disk is called the “phases of the Moon”, and is characterized by a well-known cycle.

The apparent diameter of the Moon as seen from Earth is almost exactly that of the Sun. This is why the Moon can sometimes completely mask the solar disk and produce total solar eclipses. Another important influence of the Moon on Earth is the phenomenon of tides, which is due to the Moon’s gravitational pull on the seas and oceans of Earth.

The Moon is the only celestial object that has been visited by human beings. The first visit was on 21 July 1969 when two members of the Apollo 11 mission set foot on our satellite: they were Neil Armstrong and Edwin Aldrin. As many as 12 astronauts walked the surface of the Moon between 1969 and 1972, and they returned with 382 kg of lunar soil to be analysed on Earth.

(while you explore the tactile schematic image) 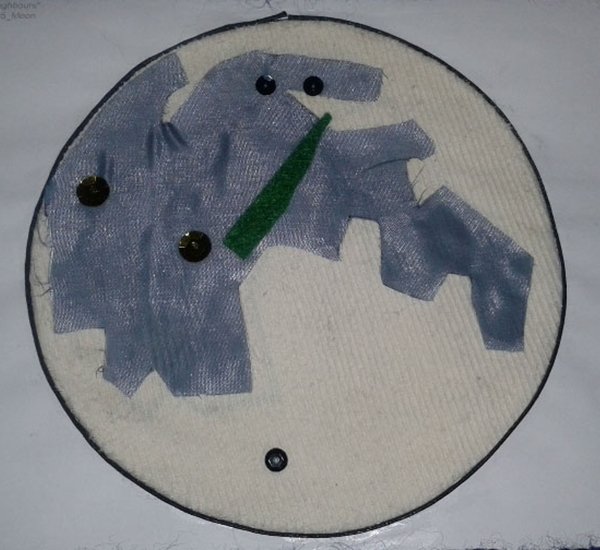 The visible surface of the Moon shows bright and dark areas. The bright areas are generally hills or mountains (materialized by thick fabric on the tactile image), while the dark ones are flat lands, called “mare” (materialized by thin fabric in relief on the tactile image). These low altitude areas were filled with lava during an ancient period of volcanic activity, around 3 billion years ago. Most of them were named by ancient astronomers after common phenomena encountered on terrestrial seas and oceans: Oceanus Procellarum (‘Ocean of Storms’), Mare Imbrium (‘Sea of Rains’), Mare Serenitatis (‘Sea of Serenity’), Mare Tranquilitatis (‘Sea of Tranquility’), etc.

The whole face of the Moon is dotted with craters, with diameters from a few meters to hundreds of kilometres (curved sequins). They are the result of impacts by asteroids, since the Moon does not have any atmosphere to prevent them from reaching the surface (a few of them are materialized by buttons on the tactile image: Plato and Aristoteles at the top, Aristarchus on the left, Copernicus near the centre, and Clavius at the bottom). Copernicus has a diameter of 93 km and is located in Mare Imbrium at the end of a chain of mountains called Apennins (materialized by the thick fabric on top of the thin fabric on the tactile image). 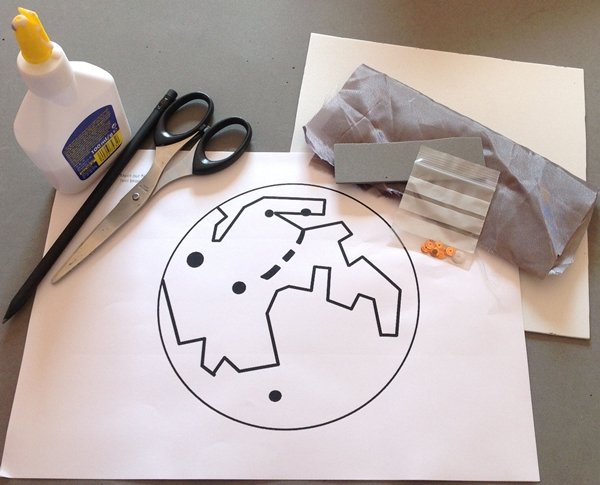 Cut the outer round shape of the moon from one of the printed 'Moon Featureless PDF'. 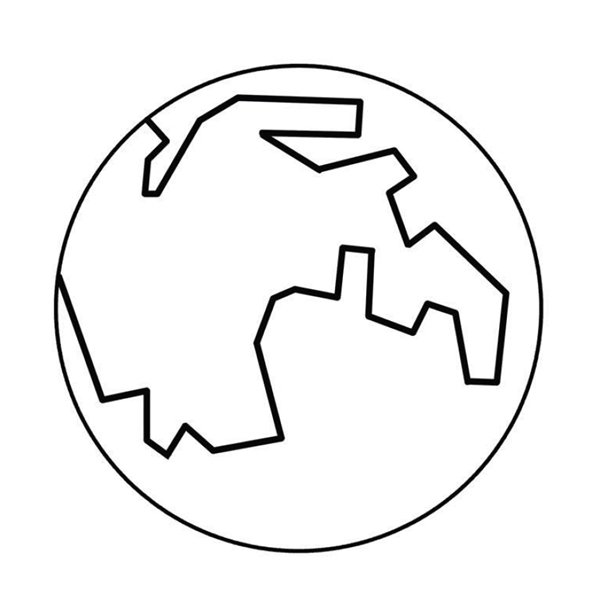 Place it on top of the thick fabric and draw a circle.

Cut the same round shape on the thick fabric.

Apply glue on the surface of the moon on the other Moon Featureless PDF.

Place the circular fabric cutout on top of the glued area of the printed paper.

Using the Moon Features PDF, cut out the inner section which has several black dots on. 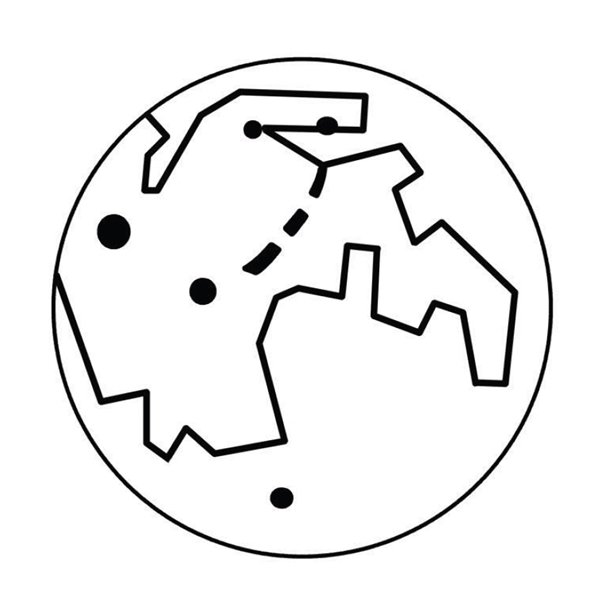 Place the inner section on top of the thin fabric and draw the outline of the shape.

Cut out the outlined shape.

Glue this piece of fabric on top of your fabric moon.

Cut a small piece of the thick fabric and glue it in place so it matches the dashed line on the Moon Features PDF.

Glue the thick fabric piece on top of the previously glued thin fabric.

Place glue on the flat section of the sequins and glue them on top of the fabric, in the same places as the small circles on the Moon Features PDF.

Wait for the image to dry before you start exploring.

There are several ways in which you can explore the scientific content of the tactile schematic images.

If you’re presenting the final tactile image to the students, first let them explore and feel the different textures. Questions will arise as the students explore; encourage them to write their questions down and share with the other groups. Read “Background Information” to understand the different features present in Earth’s schematic tactile image, and share with the students as they ask about them, or (if you have more time), prompt each group to choose a feature to learn more about and then have them present to the other groups in the class.

Discuss the idea of models with the students. Suggested discussion points: - What is a model? Why is it useful to build models? - What are the strengths of this model? - What are limitations? - How could the model be improved?

Ask students to point at a feature on their diagram as soon as they know which one it is. First give a description and a couple of seconds to think about it. Then give the name and a couple more seconds to point it out. e.g. This is the main overall surface of the Moon, it is not smooth. These are called the seas of the Moon, although there was never water on the Moon. Instead this was caused by lava on the surface a long time ago. They are smooth and dark (the dark coloured Maria). This bowl shaped part or feature of the Moon is caused by rocks hitting the surface (Crater). These are the bumpy features on the Moon at a greater height (Mountains).

Evidently the Moon is not made of fabric and sequins. Ask students to discuss the importance of building models, strengths and limitations of this model of the Moon, and how they might improve the model. Ask students in their groups to write down two things they learned from the activity, and two things they want to learn more about.

Explore the rest of the planets through ‘Meet Our Neighbours’ in tactile form at http://nuclio.org/astroneighbours/resources/

Cheap tactile version of the moon is a great resource to explore lunar features for both visually impaired and normal vision students.