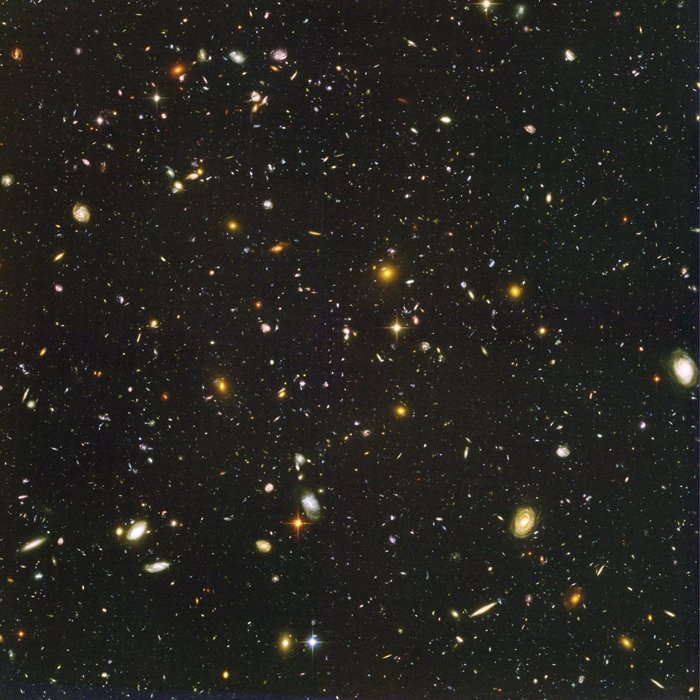 Draw the students' attention to the timeline. Ask students if they know what the universe is. Explain that this timeline shows time from the beginning of the universe to the present day. Now look at the section of the circle and explain that this shows the last ten minutes in the year.

Good to know: According to the Big Bang theory, the universe was “born” around 13.7 billion years ago (however, in the remainder of this exercise we will say that it was born 15 billion years ago, for ease of calculation). After this, the universe developed, the galaxies (including our own, the Milky Way) were formed, the Sun was born, and the Earth took shape. The various geological eras passed, and life as we know it today evolved from the first living organisms. On the timeline the students will be making, the Big Bang took place at 00.00 on 1 January. Earth was born in September, and the first humans appeared on 31 December at 23.57.