Day and Night in the World

In this activity, students investigate the differences between day and night by comparing nocturnal and diurnal animals. They use a model of the Earth to demonstrate how day and night occur on Earth and explain that people and animals living on different parts of the planet experience different times of day.

At the end of the activity, students should be able to answer the questions asked in the learning objectives. The teacher can use the model of the Earth to show different lighting situations to add complementary questions such as in this situation, is it light or day in Europe?

Ask students where they would place themselves on the orange at the time you are doing the activity. Ask what would children living on the dark side of the orange be doing at the same time.

Students can also imagine and draw an animal living during the night. Ask them to explain how it is suited to being nocturnal.

Note: instead of an orange and pins, an Earth ball with stickers or other big balls can be used to better represent the Earth and show latitudes differences.

The Earth rotates on its own axis from west to east in 24 hours and around the Sun in a year. That is why the Sun appears to rise from the East and set in the West. Only half of the globe is facing the Sun at any one time, but because the Earth rotates in 24 hours all of the Earth has faced the Sun during this time. In the part lit by the Sun, it is day. The other side of the globe is in the shadow and does not receive the light of the Sun. In this part of the Earth, it is night. As the axis of the Earth is tilted, days and nights are not equal: day and night do not last 12 hours each but their length changes over the year as the Earth rotates around the Sun and its position changes.

By definition a nocturnal animal is an animal that is active during the night and sleeps during the day contrary to diurnal animals. Many of these animals are nocturnal to avoid the heat of the day, like desert animals. These animals have natural adaptations to help them live in the dark. They can for example have very good hearing (rabbits), smell, or eyes (owls, cats). These are natural adaptations allowing them to live or hunt during the night.

Speaking about the Earth as a globe is an opportunity to give students a sense of global citizenship. We all live on the same tiny blue planet floating around in the vast emptiness of space. Everyone on this planet sees the same Moon and the same Sun in the same sky, and experiences days and nights. Dealing with astronomy is identical for any human being. The realisation that we all share this little sphere as our home and have the same experiences bonds us as a species and makes us think about how we can work together to cherish the only safe haven in space that we have.

This resource Day and Night is divided into four activities. For the activity ‘Animals in the night’ you will need the photographs of diurnal and nocturnal animals from the Appendix. For the activity ‘Children in the world’, cut 24 squares of paper, the same size as the square on the cut-out sheet. 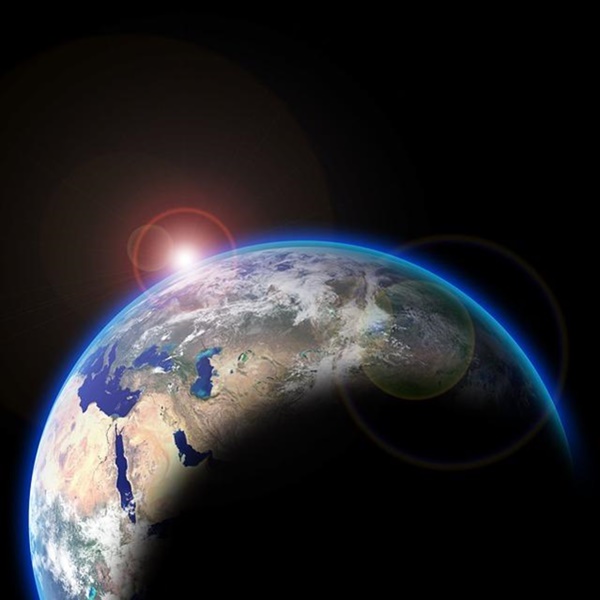 Animals in the night

Sit in a circle with the students. Place the photographs of the diurnal and nocturnal animals in the middle of the circle. Ask if animals sleep at night, just like people. Which animals don’t sleep at night? When are they awake?

Nocturnal animals can be recognised by specific features, because they live in the dark. The nocturnal animals in the photographs are the bat, the owl, the hedgehog, and the panther.

Bats have such poor eyesight that they do not find their prey by looking with their eyes but by emitting ultrasonic sounds. This sound is reflected from the prey back to their ears. This tells them the distance to their prey. Owls have strikingly large eyes. This means they can see their prey clearly at night. A panther has eyes with a reflective layer. This enables them to make optimal use of the little light during the night.

Children in the world

Give each student a paper square, a pair of scissors, and colouring pencils. Students complete Task 1 on the worksheet. Read the instructions together and look at the example. Explain that they need to fold the paper into a triangle. They fold this triangle in half, and in half again. At the top of the folded paper they draw a child as shown in the example on the worksheet. Then they cut this out. Make sure the students only cut the outside of the paper (that they do not cut the centre point).

The circle in the middle of the paper should remain intact. When the paper is unfolded, the students will see a planet with a group of children holding hands all around it. Explain that this represents all the children on Earth. Get everyone to colour in two opposite children in two different colours. Explain that one child lives in Europe and the other in Australia. Australia is all the way around the other side of the world.

Day and night in the world I

Give each child an embroidery needle and a split pin. Students complete Task 2 on the worksheet (print the cutout sheet on thick paper, instead of A4 paper, to avoid tearing). Ask students not to cut out the small black circle in the middle. The students place the square over the world with the children from Task 1. They use the embroidery needle to prick a hole in the black circle and a hole in the centre of the world from task 1. They place the square over the children of the world and fasten the two together with a split pin.

Day and night in the world II

Take an orange or a globe. Explain to the students that you are going to stick a sticker or a cocktail stick in it to show Europe and one to show Australia. Who knows where the stickers/sticks should go? Stick a piece of tape on the stick for Europe so you can tell them apart. Take a torch and say this represents the Sun. Make it dark in the classroom so the light of the torch shows up clearly. Ask the children from which direction the torch needs to shine if it is night in Australia. And if it is night in Europe? Come to the conclusion that it is night there because the Sun is not shining on that side of the Earth.

Repeat the same steps comparing the northern latitudes in Europe, and the Arctic Circle, to Southern Europe. Show that sometimes (in Summer), northern latitudes have shorter nights than in the south. Ask students if they ever experienced that when travelling.

Emphasise what the students have learnt during this lesson by showing an entire day and night. Start with the Sun coming up. Show that the Sun makes it light in Europe. Show that this also means that it is dark on the other side of the world. It is night there. Turn the orange or globe. Show the students that at a certain moment the Sun is no longer shining on Europe. It is now night. The Sun is shining on the other side of the world. Compare this with what the students saw in Task 2.

Explain that all humans share the same planet and that everyone on this planet sees the same Moon and the same Sun in the same sky, and experience days and nights at different moments.

In addition to the astronomical topic, the activity focuses on animals’ lives, the location of some countries/continents on the Earth, as well as global citizenship (that is, priority 3 of the UN Secretary General’s Global Education First initiative).

In this activity, students follow different steps to understand and produce cut-out worlds showing day and night. At the end of the activity, students have learnt the difference between diurnal and nocturnal animals; the fact that when it is day here, it is night on the other side of the world; and that it is light when the Sun comes up, and that it is dark when the Sun goes down.