Living in the Milky Way

Build a model of the Milky Way to discover what our galaxy contains.
Space Awareness, Leiden Observatory

It is important for students to know about the Milky Way because our Solar System is located in this galaxy. Moreover, galaxies as a whole are very important in the study of how the Universe formed and how it evolves.

As a class: * computer with internet * Powers of Ten video on YouTube (https://www.youtube.com/watch?v=0fKBhvDjuy0) 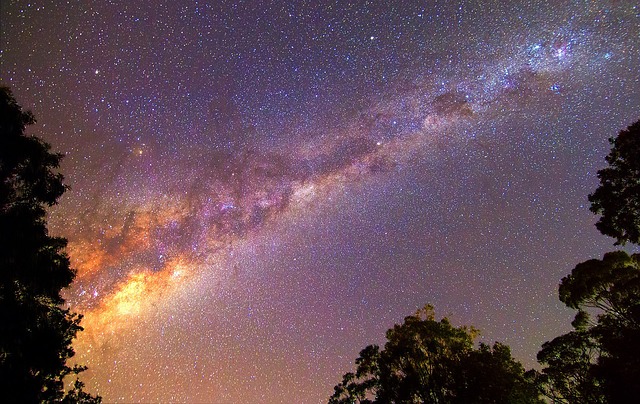 Our home galaxy consists of about 200 billion stars, with the Sun being a fairly typical specimen. The Milky Way is a fairly large spiral galaxy and it has three main components: a disk, in which the solar system resides, a central bulge at the core, and an all-encompassing halo.

The disk of the Milky Way has four spiral arms and it is approximately 300 parsecs thick (1 parsec is approximately 3.26 light-years) and 30,000 parsecs in diameter. Compare this to the four hours it takes light to travel from the Sun to Neptune! Our galaxy is made up predominantly of Population I stars, which tend to be blue and are reasonably young, spanning a million and ten billion years in age.

A light-year is how astronomers measure astronomical distances and it is equivalent to the distance that light travels in one year, nearly 9.46 trillion kilometres.

The bulge at the centre of the galaxy is a flattened ellipse of dimensions 1000 parsecs by 6000 parsecs. This is a high-density region where Population II stars predominate—stars that tend toward red and are very old: about 10 billion years. There is growing evidence for a very massive black hole at its centre.

Black holes are the monsters of space! Anything that gets too close to a Black Hole is pulled to it with such a strong force that it has no chance of escape. Even light – the fastest thing in the Universe – is doomed if it goes near one of these monsters. This is why black holes are black. However, they are not really holes and they are not empty. Black Holes are actually filled with a lot of material that is crammed into an extremely small region.

The halo, a diffused spherical region, surrounds the disk. It has a low density of old stars mainly in globular clusters (consisting of between 10,000 and 1,000,000 stars). The halo is believed to be composed mostly of dark matter, which may extend well beyond the edge of the disk.

According to scientists roughly 80 per cent of the mass of the universe is made up of material that they cannot observe directly. This material, known as dark matter, does not emit light or energy.

There are two main categories of galaxies, the spiral and elliptical, and two others lenticular and irregular.

Our galaxy belongs to the spiral category. Spiral galaxies fall into several classes depending on their shape and the relative size of the bulge: ordinary spirals are labelled either Sa, b, c, d, or m while those that have developed a bar in the interior region of the spiral arms are labelled SBa, b, c, d, or m. Spiral galaxies are characterised by the presence of gas in the disk, which implies that star formation is active at the present time, hence the younger population of stars. Spirals are usually found in a low-density galactic field where their delicate shape can avoid disruption by tidal forces from neighbouring galaxies.

These forces are a secondary effect of the gravitational forces between two objects orbiting each other, such as the Earth and the Moon. Tidal forces are responsible for the fluctuation of the tides as well as for the synchronous rotation of certain moons as they orbit their planets.

Elliptical galaxies are placed in categories E0-7 depending on their degree of ellipticity, with E0 being least elliptical. They have a uniform luminosity and are similar to the bulge in a spiral galaxy, but with no disk. The stars are old and there is no gas present. Ellipticals are usually found in a high-density field, at the centre of clusters.

Tip. You can see the Milky Way with the naked eye. You can see it best in January when the Moon is new. Encourage the students to look for this if possible.

For the activity Further and further away you will need to find the film Powers of Ten on the
internet. Watch this film and pay attention so that you know precisely when each question is discussed. Prepare to show the film to the class.

Activity 1: Further and further away

Read the e-mail in Task 1 of the worksheet with the students. The students need to find answers to the following questions from the researchers:

Watch the film Powers of Ten with the students in order to find the answers to the researchers’ questions. This film shows a journey from a picnic in a grassy meadow in America to a location far beyond the Milky Way. Halfway through the film the journey returns to the grassy meadow and into the hand of one of the picnickers. You are recommended to play the film until the journey returns to the picnic field so that the students get a good impression of the immense size of the universe, and just how tiny the Earth is in comparison.

Start by watching the whole film with the students. Explain what they are seeing. Then watch the film again, but this time pause it where relevant to give the students the opportunity to answer the research questions. After they have seen the film, the students will be able to answer questions a to e. Once they have completed the Make a Milky Way craft project, the students can answer the final question.

The students investigate what the Milky Way looks like and the position of the Solar System within it.

Now the students have some idea of what the Milky Way looks like, they are going to make a model of it. The students complete Task 2 on the worksheet. 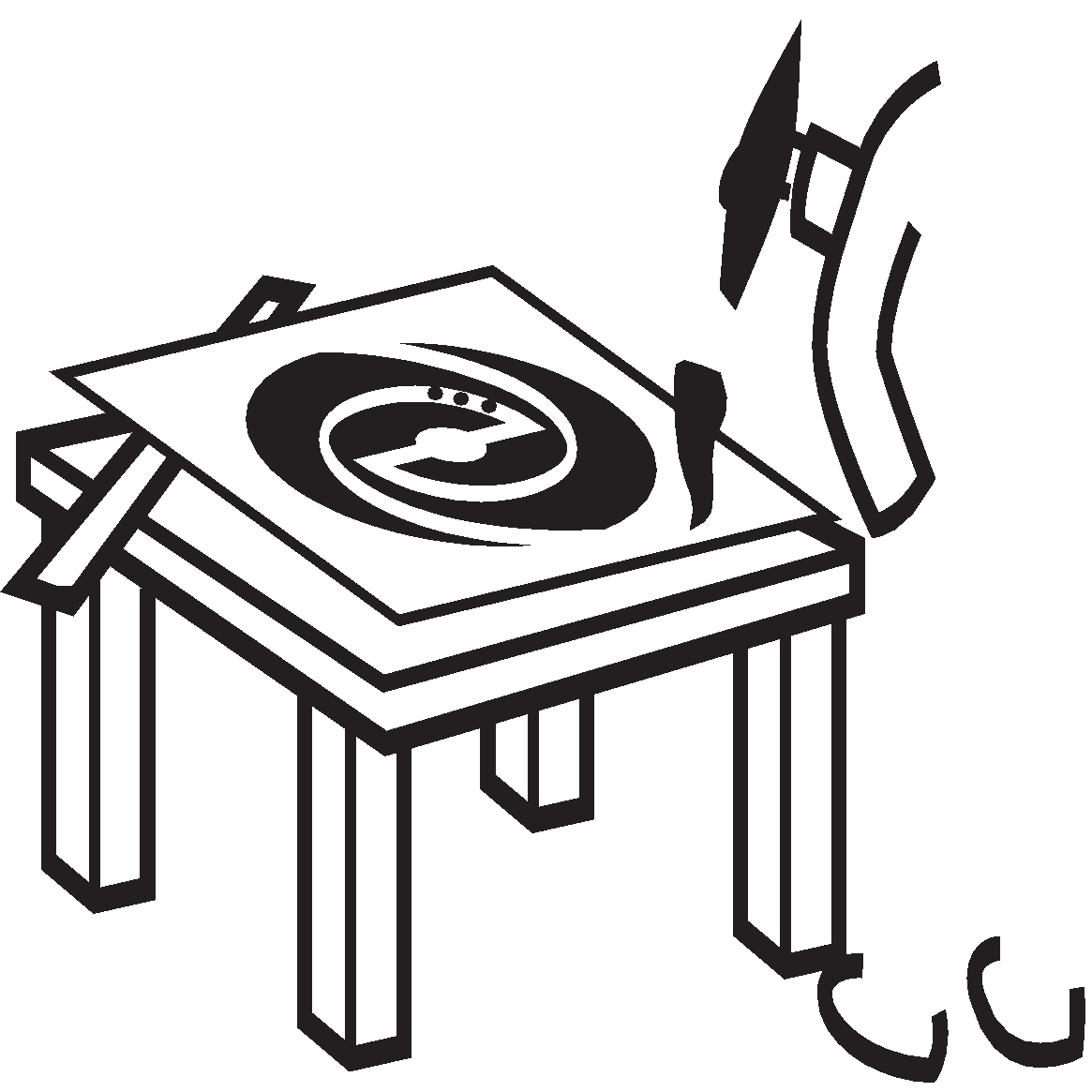 Activity 3: What do you know about the Milky Way?

The students read the instructions in Task 3 and write all the answers to the research questions in the e-mail in Task 1. If necessary, watch the film Powers of Ten one more time. Discuss the answers in the e-mail.
1. If we could view the Milky Way from the side, it would look like a saucer with a bulge in the middle.
2. The Earth’s solar system is situated on a spiral arm about two-thirds of the way from the centre of the Milky Way.
3. We don’t have any telescopes that can reach far enough out from the Milky Way to take a good photograph of it as a whole. The existing pictures of the Milky Way look like real photographs, but are in fact an artist’s impression of what we think it looks like. Explain that it is possible to see part of the Milky Way disc at night when the sky is dark. It is easy to photograph the Milky Way disc from Earth, because this is the part we can see.
4. The most important aspect of this question is that the students see that our Solar System is only a tiny part of the Milky Way.
5. Here again, the Milky Way is only a tiny part of a much larger universe.
6. The Milky Way is a galaxy made up of dust, gas, and at least 200 billion stars, most of which can be found in the disc. The system contains old stars, younger stars, dust, and gas clouds. It is composed of a central bulge and a disc with four large and several smaller spiral arms.

Ask the students if they know where the name Milky Way comes from.

Egyptian mythology describes the Milky Way as being formed by the milk from a celestial cow. The four feet of the cow were supported by the four corners of the Earth. Greek mythology tells the story that Hera, the wife of Zeus had been given the baby Heracles to breastfeed. When she realised he was not her own child, she pushed him away. The milk that was spilled became the Milky Way.

It is important that the students realise that long ago people had no idea what the Milky Way really was.

What Part Of The Milky Way Can We See?

This activity helps students to learn what the Milky Way looks like and the objects it contain. They also get an idea about the distances, especially about the place of the Solar System in our Galaxy. During the activity, students build a model of the Milky Way.