History of the Universe

Build a timeline to discover the relative ages of the Universe, the solar system and the appearance of humans, on the scale of a year.
Space Awareness, Leiden Observatory

During the activity, students create a timeline showing various events from the beginning of the universe to the present day. They learn about the relative ages of the universe, the Earth, and the existence of humans on the planet.

Implementing the activity, students will be able to: * explain that the universe is very old * explain that the Earth was created relatively recently compared to the age of the universe. * discuss that humans have been on the planet for a relatively short time, compared to the age of the Earth * practise maths skills by converting between time units, using scales and division to create their timeline.

Ask students to explain the order of important events in the universe and on Earth, and how long ago they occurred. They should be able to explain that the universe is very old, that the Earth came into existence relatively recently and that people have only lived on the planet for a relatively short time. Has the students’ concept of ‘old’ changed?

Optional: Ask students to calculate the difference between two times: e.g. how many years older is the birth of the solar system than the appearance of humans on Earth.

For each student: * Worksheet in pdf * Pencil or pen

For the class timeline: * 12 A4 paper, plain or coloured * 1 coloured A4 paper for clock

Earth is our home and the third planet from the Sun, with a mean distance of about 150 million kilometres. This distance is such that the average surface temperature is above the freezing point of water (0°C) and liquid water can exist freely. This has played a fundamental role in the development of life on our planet, unlike on Venus and Mars, whose surface temperatures are either much warmer or much colder. Earth only has one natural satellite, the Moon, which is thought to have played a major role in stabilising the axis of rotation of the Earth. Once again, this may have been a favourable element in the emergence of life.

The universe is the vast expanse of space which contains all of the matter and energy in existence. 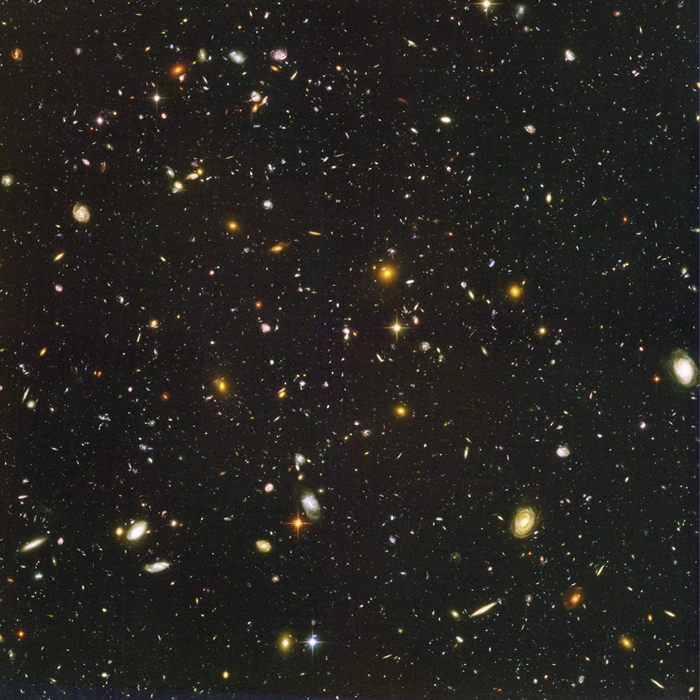 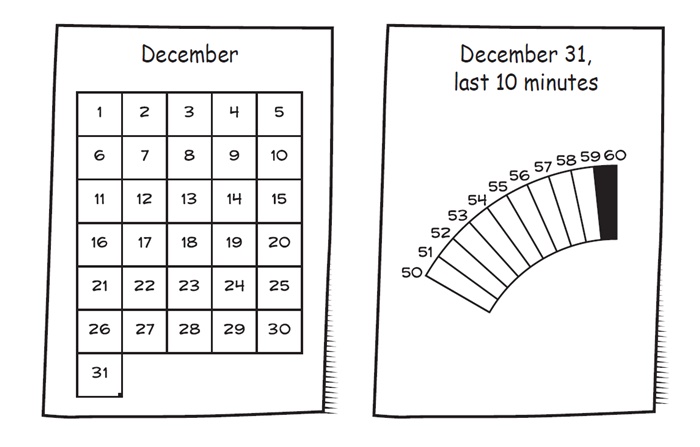 Draw the students’ attention to the timeline. Ask students if they know what the universe is. Explain that this timeline shows time from the beginning of the universe to the present day. Now look at the section of the circle and explain that this shows the last ten minutes in the year.

Good to know:
According to the Big Bang theory, the universe was “born” around 13.7 billion years ago (however, in the remainder of this exercise we will say that it was born 15 billion years ago, for ease of calculation). After this, the universe developed, the galaxies (including our own, the Milky Way) were formed, the Sun was born, and the Earth took shape. The various geological eras passed, and life as we know it today evolved from the first living organisms. On the timeline the students will be making, the Big Bang took place at 00.00 on 1 January. Earth was born in September, and the first humans appeared on 31 December at 23.57.

During the activity, students build a timeline showing various events from the beginning of the universe to the present day. Students learn that the universe is very old and that the Earth and humans appeared relatively recently.