Let's explore if air takes up space even though you cannot see it.
Space Awareness, Leiden Observatory

The goal is to understand that gas occupies space and relate it to real situations that prove it.

At each step of the activity, students are encouraged to answer questions and discuss their hypothesis with the teacher. Afterwards, discuss with the class what happened in each activity. What explanations do the students offer? Do they discuss the movement and pushing of air appropriately? Conclude that air takes up space, even though we cannot see it.

A layer of air, called the atmosphere, surrounds the Earth like a thick blanket. Plants and animals use the air in the atmosphere to survive.

The higher you go in the atmosphere, the thinner the air gets. This means that each breath contains less air (and therefore less oxygen), so mountain-climbers climbing a very high mountain find it harder to breathe the higher they go.

Air is made up of a variety of gases (mainly nitrogen and oxygen) and other particles.

Meteorites usually disintegrate and burn up when they crash into Earth’s atmosphere (but some survive and made big dents on the Earth called craters). Obviously it would not be good for spacecraft (which can be travelling extremely fast, e.g. 28000 km/hour) to burn up when they re-enter the Earth’s atmosphere, so various methods are used to prevent this, e.g. reducing their speed and using insulating materials.

Accessing a video of a meteor exploding as it enters the atmosphere would be helpful, e.g. the Chelyabinsk Meteor which exploded over the Urals in Russia in February 2013. Download here or watch online at: https://goo.gl/xbFisl

Show the video of a meteorite exploding far up in the sky. Discuss why the meteorite travelled a long distance through outer space (a vacuum) without exploding, and why it did not wait to explode until it hit the Earth’s surface (it hit the atmosphere). Ask the students to offer some possible explanations.

Other discussions could be based around air being necessary for us to breathe and stay alive; astronauts carrying oxygen with them into space. Can they think of other objects in which air is stored? (tyres of bikes and cars, bubbles, footballs). 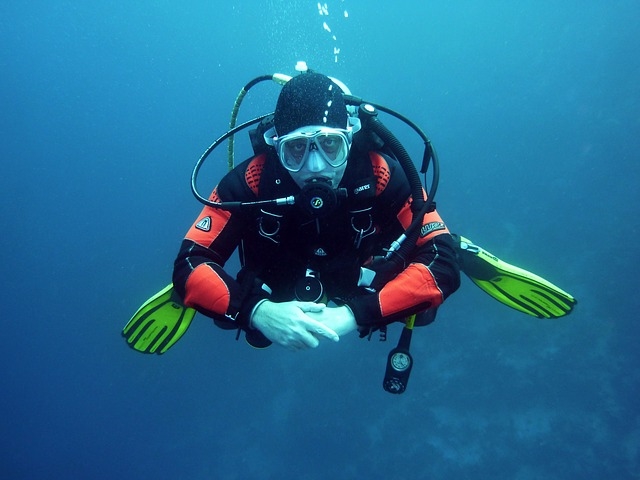 Note: Students test out the following activities individually or in small groups. Students should discuss in small groups or write down what they think is happening in each activity.

Activity 1: Fill a Balloon with Air

Take a balloon and blow it up (i.e. fill it with air but do not let it explode).

Can you describe what is happening? (As the air enters the balloon from your lungs, it takes up space in the balloon. The balloon expands because the air inside needs more space).

Activity 2: Fill a Syringe with Air and Feel the Air Pushing

Pull the plunger of the syringe out towards you, then push it in again. Was this easy? What was happening inside the syringe? (The syringe was filled with air, which was pushed out again).

Activity 3: Controlling Movement with a Syringe Attached to Each End of Plastic Tubing.

Using 2 syringes of the same size:

Push the end of one syringe fully in, and attach the tubing to it.

Push the end of the other syringe only partially, and attach the tubing to it. (This is to make sure that the syringes are not pushed out of the tubing).

Why does this happen? (The trapped air has the power to move things).

Can you compare how much both the syringes moved? (Approximately the same).

Activity 4: Fill a Straw with Water from the Top

Block up the bottom of a narrow straw with a piece of Blu tack. Then fill the straw with water from the top, using a pipette. Was this difficult? If so, why do you think it was not easy? (Air got in the way). Slowly release the Blu tack. What happens and why? (The water moves down, because the air escapes).

Crumple up some tissues into a ball and push them tightly into the bottom of a cup, so that they do not fall out when the cup is turned upside down. (A few tissues tightly packed are less likely to fall out than one tissue). Predict what will happen to the water and tissue when you turn the cup upside down in the water.

Now turn the cup upside down and place it in water contained in a bowl. Take it out and feel the tissue. What do you notice? Why do you think the tissue did not get wet? (Air prevented the water from going up into the cup).

Safety:
In Activity 3, always use sterile syringes that have not been used for medical purposes. Be careful with the sizes of syringes – a big syringe could push out a small syringe with great force.

Maths:
Display these questions for the students to answer.

1) Air is a mixture of gases that consists of carbon dioxide, argon and very small amounts of other gases.

2) In Activity 3, use two different-sized syringes connected by tubing, calculate the ratio of the sizes of syringes. Then measure the distances that the two syringes moved.

Analysis/Conclusion: Air takes up space (even though you cannot see it).

Put the funnel into the mouth of the bottle and ask the students to predict what will happen when they pour water into the funnel.

Ask them to pour water into the funnel and observe what happens (The water fills the bottle).

Note: It can be difficult to get an airtight seal. A rubber O-ring, available in DIY stores, placed around the neck of the funnel and then pressing down on the funnel by hand can produce a good seal. Tape, well-sealed, may work also).

Observe what happens. What do you see? What do you hear? Why was it hard for the water to enter? (Air inside the bottle got in the way). What else do you notice? (In case of a fully airtight seal, no water will enter the bottle because the air gets in the way and cannot escape. If there is a slight air leak, there is a glug- glug sound of some water getting in while bubbles of air escape).

In October 2014 Space X Dragon Spacecraft, returning to the Earth carrying a cargo of biological samples (including plants grown in space) from the International Space Station, produced intense heat as it entered the atmosphere. The temperature was nearly 3000º Fahrenheit (1649ºCelsius). It was protected from burning by a very strong heat shield. 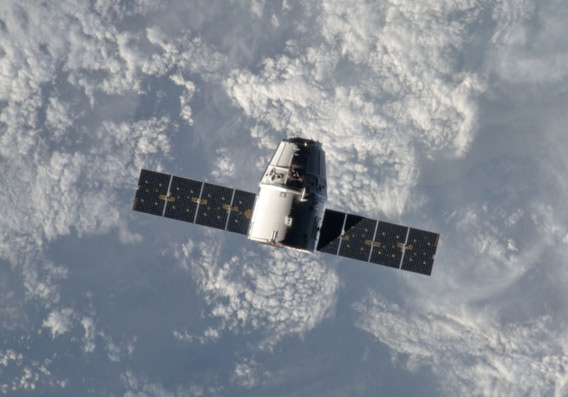 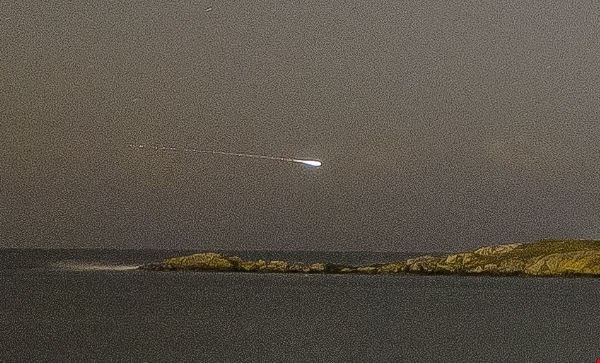 “It is definitely a fireball or bright meteor,” confirmed David Moore the editor of the Astronomy Ireland magazine. “These objects come through the atmosphere at 70,000mph, burning up as they enter and are extremely rare to photograph.”

A fisherman survived 60 hours in an air pocket under an upturned boat which capsized off the coast of Nigeria in May 2013.

In this activity, students investigate different scenarios, which show that a gas occupies space and learn about what happens when objects hit the atmosphere. The activity can be followed by lessons about the atmosphere and its different layers or activities about greenhouse gases.