Students are taken on a virtual journey to outer space to experience that we live on a tiny planet that floats in a vast and empty space.
Erik Arends, UNAWE 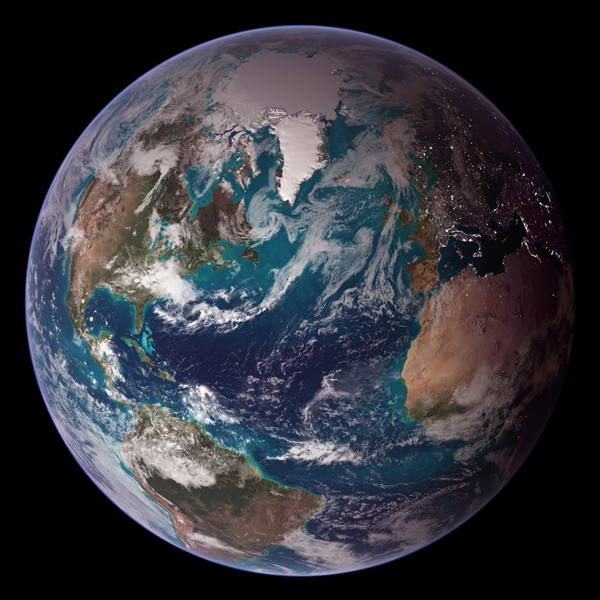 The students have now had a first overview of Earth, although they didn’t see it as just a sphere floating in space (for this, show them ‘Earth from Space’ image) Explain how the border between day and night shifts from east to west (right to left) across the surface of the Earth. The Earth rotates around its axis in the eastern direction—counter clockwise, if you look from space down on the North Pole—with the Sun as a fixed background light. If you look from space down on the South Pole, the Earth rotates clockwise (still in eastern direction). 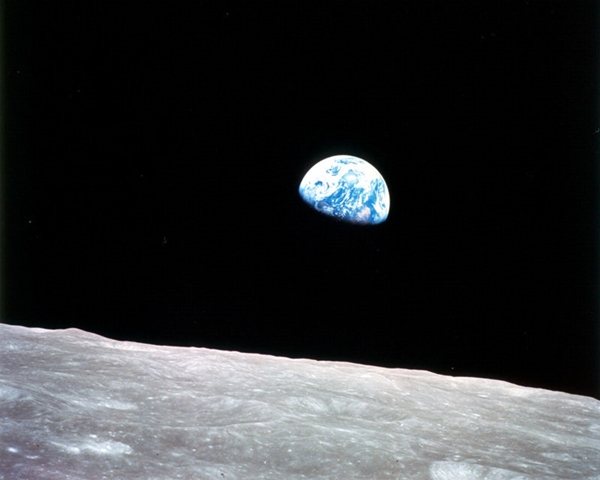 Now, we travel even further outwards, to the Moon. Show the students ‘Earthrise’ image (a photograph taken by the astronauts from the Apollo 8 mission in 1968.) These astronauts were the first people to ever orbit a celestial body other than the Earth, and when they looked back at their home planet, they experienced the so-called overview effect: everything they had ever known and loved was on that tiny blue marble, hanging peacefully in space.

Show the students ‘Pale Blue Dot’ image, which is a photograph taken by Voyager 1, a spacecraft that was sent out into space in 1977 and has now long since passed the orbit of Neptune—the outermost planet of our Solar System. Of course, Voyager 1 is unmanned. In fact, no human has ever travelled farther than the Moon. In the picture, you can see a teeny tiny ‘blue pale dot’. This is how small the Earth looks from 6 billion kilometres away, which is about the average distance to Pluto. Almost half a million Earths in a row fit in this distance. It takes an airplane more than 600 years to fly there! The stripes in the picture are just ‘noise’.

Note: For students aged 9–10 years, you can extend this activity by getting into the subject of searching for life on exoplanets, which are planets outside our Solar System. So far, close to two thousand exoplanets have been discovered. For the current count, check out <http: planetquest.jpl.nasa.gov=”“>. From this activity, the students have learned that the Earth looks very small from outside the Solar System. This demonstrates that from Earth’s perspective, exoplanets must seem very small indeed and are very difficult to see. Therefore, it’s hard to determine whether life has developed on them. Even with very strong telescopes, astronomers can rarely see the planet, never mind zoom in far enough to look for living organisms!

The activity should help students learn about scale and distance of the solar system and how important yet small the Earth is. It should give students a sense of global citizenship that we all live on the same tiny blue planet floating around in the vast emptiness of space.