In this exercise, students will:
- Explain which conditions make Earth habitable for life.
- Understand the various environments on our planet, and on at least one other world within the Solar System.
- Design an alien life form suited for the specific environmental conditions on an extra-terrestrial world, and explain its adaptions.

Life can be found almost anywhere on Earth, from the poles to the equator, from the bottom of the sea to miles above the surface, and from dry valleys to groundwater miles below the Earth’s surface. Over the last 3.7 billion years or so, life on the Earth has adapted to almost every environment imaginable. But what is it about Earth that makes it so perfectly suited to supporting life?

Distance from the Sun:

The Earth lies within our Solar System’s ‘Habitable Zone’, which is the narrow band within which liquid water can exist. If the Earth were much closer to the Sun, its oceans would vaporize, preventing the existence of life as we know it. If our planet orbited much farther from the Sun, the oceans would freeze and the water cycle that enables life would be non-existent.

The ‘Habitable Zone’ is not limited to our own Solar System; it is the area around any star where the temperature is ‘just right’ for water to exist. These zones are not too cold such that the water freezes, and not too hot such that it boils away. For hotter stars, the habitable zone lies further from the star, and for cooler stars, it is closer.

Is water essential for life? On Earth we’ve yet to discover an organism that doesn’t need water to survive. It acts as both a solvent and a delivery mechanism, dissolving essential vitamins and nutrients from food and delivering them to cells. Our bodies also use water to flush out toxins, regulate body temperature and aid our metabolism. No wonder, then, that water makes up nearly 60 percent of our bodies or that we can’t go for more than a few days without it.
Water also promotes life in other ways: we use it to grow crops, keep livestock and wash our food (or our bodies, for that matter). Earth’s oceans also help regulate the planet’s climate, absorbing heat in the summer and releasing it during the winter. In addition, of course, those same oceans serve as a home for countless plants and animals.

However, we simply don’t have enough information to say whether or not life could exist without water. We do know with certainty, though, that life on Earth definitely couldn’t.

Gravity holds both living and non-living things to the Earth’s surface and keeps them from flying off into space. It also holds our atmosphere in place, stopping it from dissipating into space. Many worlds in the Solar System are smaller than the Earth, meaning they have weaker gravity. Therefore, objects are ‘lighter’ in these worlds. Other planets are larger than the Earth and have much stronger gravity, which can have a large effect on the environment of these worlds: for example, the pressure at the surface of one of the gas giants is so intense that any life there would be crushed within seconds.

Earth’s atmosphere is just the right thickness to sustain life. Without it, we wouldn’t be able to breathe. Space is an airless vacuum in which any life form would quickly suffocate. The blanket of our atmosphere also regulates the surface temperature by keeping out the freezing cold of space at night and the furious heat of the Sun during the day. The atmosphere also acts as a protective barrier that absorbs harmful rays from the Sun and other cosmic bodies before they reach the surface.

The composition of Earth’s atmosphere is also very important to life here. Some of the gases act like a greenhouse, keeping heat at the surface. But if these so-called ‘greenhouse gases’ become too abundant, either naturally or from artificial causes, the planet could warm too much and become uninhabitable for many types of life.

We have no evidence that extra-terrestrial life would be confined by the same environmental conditions as life on Earth. Other life forms may not need water, oxygen or even a solid surface to thrive; however, like life on Earth, they must have adapted to their environment to survive.

The search for extra-terrestrial life is undoubtedly one of the most attractive topics in science, particularly to children. With increasing evidence to suggest that the majority of Sun-like stars play host to their own planetary systems, the idea of alien life is seeming ever-more realistic. This activity utilizes the topic of alien life to demonstrate that science can be an exciting, cutting-edge subject and that, like the universe, the opportunities for further discovery in astronomy are almost infinite.

The following activity deals with both extra-terrestrial worlds and our home planet, Earth. By educating children about the life-essential conditions here on Earth and comparing them to those of other worlds, they learn that this is the only place in the universe that is suitable for life as we know it, which promotes respect for the environment and a sense of a global community. 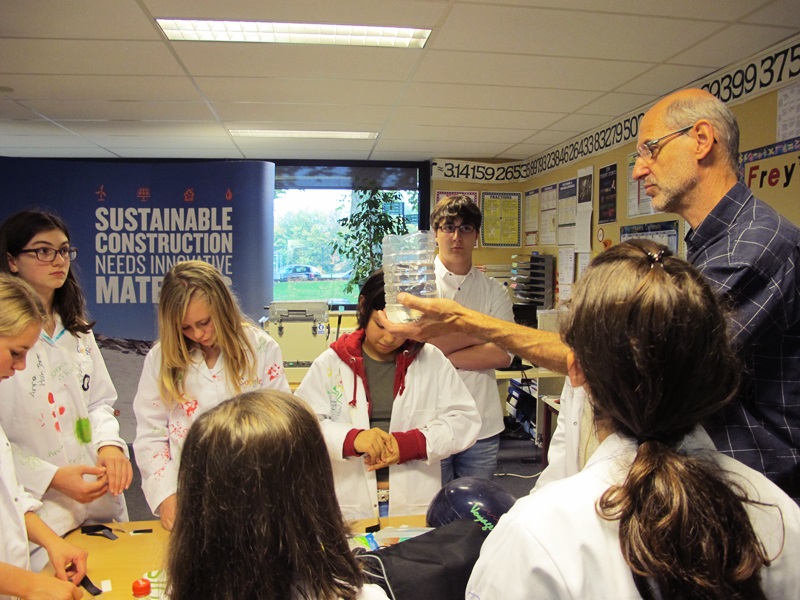 Use the Martian alien fact sheet to discuss as an example to generate ideas.

Ask students to select one world or moon per group (Mercury, Jupiter, Io or Titan). Instruct them to design an alien based on the environmental factors provided on the fact sheet for that world. 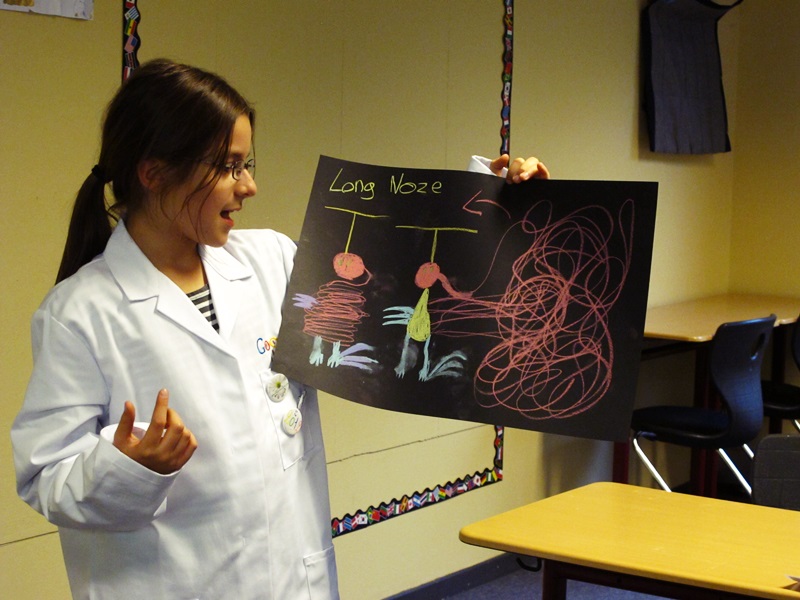 Have the students present their alien to the group and explain the different characteristics of their life form as well as how they would be beneficial in the chosen environment. Allow them to be creative with how they present their aliens (through song, theatre, speech, etc.) but make sure they talk about the specific characteristics and the reason behind their choices.

The French version of “Design Your Alien” translated by Antonio Merim, proofread by Alyssa Larges and reviewed by Nathalie Brouillet for the Astronomy Translation Network project. Download the files: http://astroedu.iau.org/media/files/French_Design_Your_Alien.zip

Activity concludes when students present their aliens, including an explanation of its features. The teacher should discuss with the group the various environmental characteristics of the different worlds included on the worksheets.